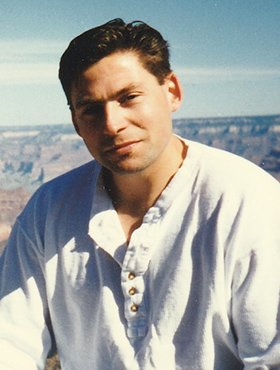 James McHugh, beloved son of Janice Ruttimann (nee Cole) of Calgary, AB, passed away on Thursday, April 23, 2020 at the age of 49 years.

James was born in Nottingham, England. He came to Canada with his parents when he was four years old. He graduated from the University of Calgary with a degree in Psychology and Political History.

James had a passion for cars, particularly loved his Corvette and road trips around Canada and North America. He earned an Alberta Achievement award by playing the role of Howdy the mascot during the 1988 Winter Olympic Games.

James was predeceased by his father Colin William McHugh of Bordon, MB; auntie Pat Keeton of England; and nana Lily Cole of England. Condolences, memories, and photos may be shared and viewed on James’ obituary at www.McInnisandHolloway.com.