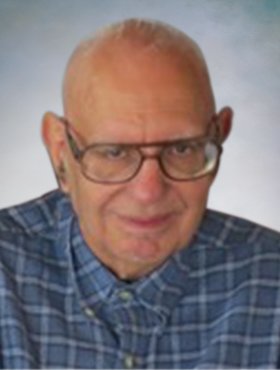 We are saddened to announce the passing of Gerald (Jerry) Anthony Elias on Monday, April 20, 2020 at the age of 82.

Jerry was born in Calgary on May 26, 1937 to John and Rose Elias.  He spent his entire life on the family farm northeast of Standard where, over time, he worked with his father, brother John and nephew Scott. Jerry was a very solitary person.  He enjoyed reading, experimenting in the vegetable garden and spending time with animals. Those who knew him recognized him as a kind, bright, generous and gentle person.  Dogs and cats gravitated to him, drawn to his calm and giving nature.  It warmed our hearts to see how happy he was when spending time with his special cat, Jane. We could always count on Christmas and birthday cards from Jerry and knew we were very lucky to have him in our lives.  He was predeceased by his parents and is survived by his brother John and sister-in-law Carole Elias, niece Jolayne Christensen and her husband Grant, nephew Scott Elias as well as his great-niece Rosina Christensen and great-nephew Mateo Elias. He was laid to rest at St. Mary’s cemetery next to his mother and father. In lieu of cards and/or flowers, please consider making a donation to the Alberta Animal Rescue Crew (AARCS), http://aarcs.ca/. Condolences, memories and photos may be shared and viewed on Jerry’s obituary at www.McInnisandHolloway.com.