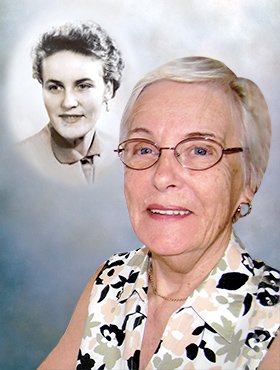 Maria Klaver of Victoria, BC, passed away peacefully following a long illness with Alzheimer’s disease, on Saturday, April 25, 2020 at the age of 85 years.

Maria was born into a family of fourteen children in Avenhorn, the Netherlands. She excelled in sports and gymnastics as a youngster, and loved adventure. Maria pursued a career in nursing, graduating with a Mental Health Nursing diploma in 1964. On a visit to Canada she fell in love with the stunning natural beauty of Victoria, BC, and immigrated there in 1969.  She continued a fulfilling nursing career in Chronic Medicine and Long Term Care until her retirement.

Maria’s passion for physical activity progressed into her later years with her love of golf and walking.  Residents of Victoria may recall having seen Maria enjoying her daily “power walks” along Dallas Road, or hiking up Mount Tolmie well into her late seventies. She cherished her independence and freedom, living life on her own terms.  Maria developed many deep, loyal and lasting friendships during her lifetime, most notably with her best friend Trudy Hadley with whom she travelled extensively. Maria will be remembered for her passion for nature, love of art and classical music, fantastic sense of humor, boisterous laugh and quick wit.

With a steady decline in cognitive health, Maria was moved in 2017 from Victoria to Auburn Heights Retirement Residence in Calgary to be closer to her niece, Yvonne. Maria took pleasure in good conversation and reminiscing about the “old days” with her brother Kees who lives in the same complex. She relished “power walks”, the company of others, listening to classical music, and chocolate.

Maria is survived by her brother Kees of Calgary, AB, her sister Anna Heddes of the Netherlands, and numerous nieces and nephews throughout Canada, the United States, and the Netherlands.

Keeping with Maria’s wishes, there will be no service. Her cremated remains will be returned toVictoria, BC at a later date, to be placed beside her best friend Trudy.  Condolences, memories and photos may be shared and viewed on Maria’s obituary at www.McInnisandHolloway.com.

Maria was a staunch supporter of dementia research; as such her brain was donated to the U of C Brain Bank to contribute to the understanding of neuro-generative diseases. For those wishing to do so, a donation may be made in Maria’s name to the Calgary Brain Bank (https://hbi.ucalgary.ca/calgary-brain-bank/), the Alzheimer’s Society of Calgary (https://www.alzheimercalgary.ca), or the Victoria Hospice (victoria.hospice.org).

Special thanks to Maria’s personal companions Angela W (Victoria) and Irina R (Calgary) for their outstanding care and attention and loving thanks to Margaret K who was a tremendous help to Maria in Victoria, and kept regular contact while Maria was in Calgary. Also special thanks to Dr. Ajay Gopie and to the Memory Care team at Auburn Heights for their compassion and skill in maintaining Maria’s dignity, individuality, and comfort.