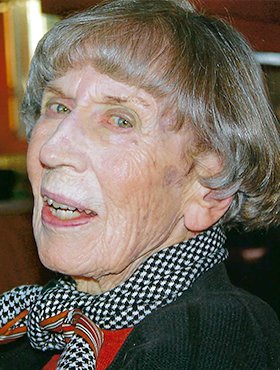 Olive Margaret McLeay of Calgary, AB, passed away on Tuesday, April 21, 2020 at the age of 93 years, on the day that would have been her 59th wedding anniversary.

Olive was born in Birmingham, England, on October 22, 1926.
She immigrated to Canada in 1948 with her husband, Richard Trewenneck, who unfortunately passed away shortly after the birth of their son Glen in 1951.

Olive married Colin McLeay on April 21, 1961, with whom she raised three children.  Olive was an avid gardener, taking pride in her beautiful home and yard in the Calgary, AB, community of Varsity Acres for over fifty years.  She took an active interest in current affairs and particularly the stock market.  She also enjoyed doing puzzles.

Other interests for Olive included her love of seeing the world.  She enjoyed travelling with friends and family whenever she could.  She was truly an adventurous spirit.  This was most notable in the stories she would tell about her and Glen camping alone in the rugged outdoors when he was very young.  Just the two of them and their fishing rods!

She is survived by her son Glen McLeay (Charlotte), daughters, Judy McLeay, and Susan Austin (William); grandchildren, Michael (Desiree), Andrew (Kelsey), Daniel and Donald; and great-grandchildren, Barrett, Smith, and Hadley. She was predeceased by her husband Colin McLeay in 1998 and brother Michael Wimbury of Johannesburg, South Africa, in 2009.

If friends so desire, memorial tributes may be made directly to the Calgary Zoo, c/o Aldera Chisholm, 1300 Zoo Road N.E., Calgary, AB T2E 7V6, https://www.canadahelps.org/en/dn/m/604/donation. Condolences, memories and photos may be shared and viewed on Olive’s obituary at www.McInnisandHolloway.com.

Share Your Memory of
Olive
Upload Your Memory View All Memories
Be the first to upload a memory!
Share A Memory
Send Flowers