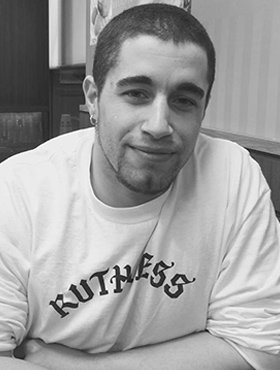 It is with great sadness and regrets that we must announce the sudden passing of Aaron Chapman.

Aaron was born in Windsor, ON, on October 21, 1986, to Brian Owen and Elizabeth Laramie (nee Chapman). Aaron began his life in Belle River where he attended school and made many friends. He enjoyed playing hockey and baseball. He loved the outdoors and fishing. Aaron was a loving, free spirit who could light up a room with his big bright smile. He loved with his whole heart and was incredibly loyal. Aaron ran a successful roofing business and prided himself on quality workmanship. He was a very talented man.

Aaron is survived by his parents, Brian Owen and Elizabeth Chapman; his grandmother Mabel Owen,  he was a loving brother to his two sisters and brothers-in-law, Nicole Chapman and Jeremy Dennis, and Tiffany and Justin Levesque. He is also survived by many aunts and uncles, Lisa and Darick Candido (who had a hand in raising Aaron), Cindy Chapman, Alfred and Alyssa Chapman, Valerie and John Luke-Owen, Robert and Janet Owen, Diana Owen and Teresa Owen; missed by many cousins, Skylar, Tanya and Colton Candido, Kara and Rob Coyle, McKenzie and Roderic Provost, Tristyn and Brady Levasseur, Jennifer and Jason Owen; loved by his nieces and nephews, Ethan, Lilyanna, Logan and Ainsley; as well as remembered fondly by many extended family and cherished friends. He is predeceased by his grandparents Agnes Chapman (Stoddart), David Chapman and James Owen.

Aaron will be missed by so many. But his memory will live on forever.

Thank you to the staff at McInnis and Holloway Chapel of the Bells, for being so wonderful to deal with during such a difficult time in our lives.

Condolences, memories, and photos may be shared and viewed on Aaron’s obituary at www.McInnisandHolloway.com.

Share Your Memory of
Aaron
Upload Your Memory View All Memories
Be the first to upload a memory!
Share A Memory
Send Flowers