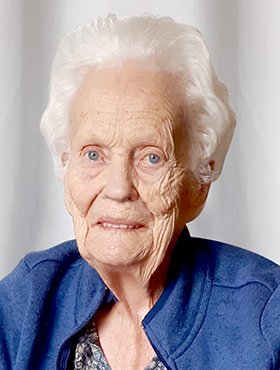 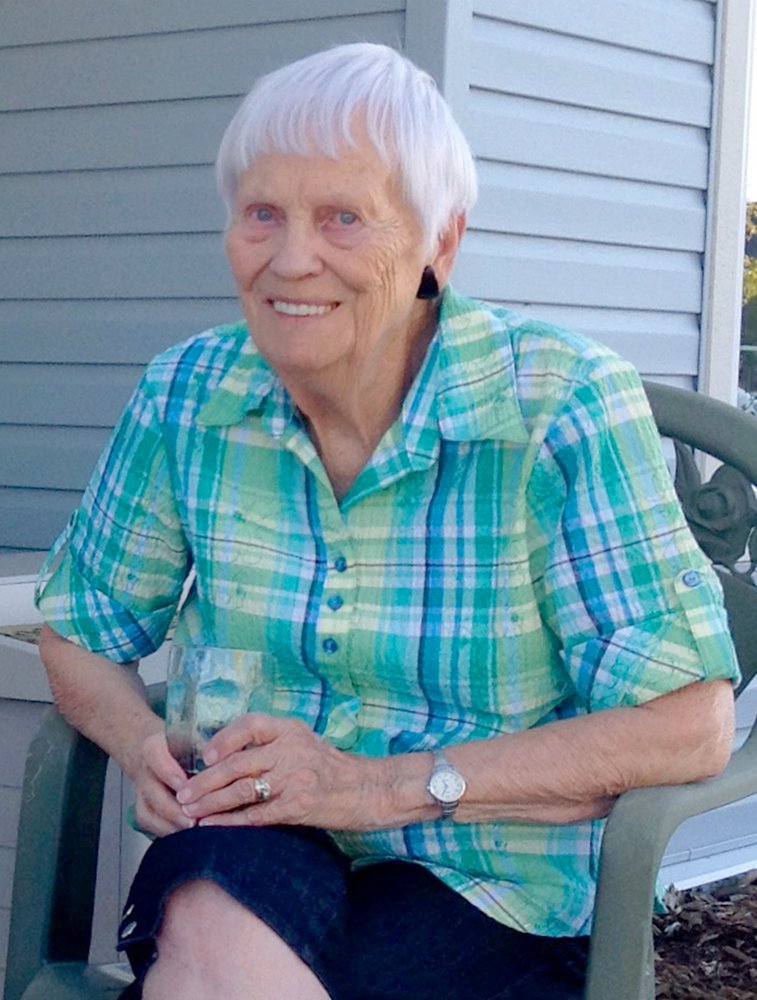 Born and raised in Bowness, Muriel left school after Grade 9 to start work to help support her extremely poor family.  She spent summers working at Bowness Park running the Merry-Go-Round, enjoyed working the floor of the Calgary stock exchange, and later worked as a controller in a small oil company.  After her marriage to Bob in 1950 they built a beautiful home on the Bow River in Bowness.  In 1959 they purchased J.B. Rogers Ltd., with Muriel taking over the office and bookkeeping duties along with raising their children: Lee (1954) and Lori (1958).

In 1967 they purchased forty acreages close to Black Diamond, moving into their family-built cedar log home in 1977.  Muriel kept busy with the plumbing business, politics, family, gardening, camping and travel with Bob.  Muriel and friend Bev became know as the ‘feisty grandmothers’ for their tenacity fighting the MD, as well as budding entrepreneurs designing and marketing the Loonie Luger and Bingo Pin.

Muriel and Bob moved to Okotoks in 2000. With Bob’s health declining, he was moved to LTC Black Diamond in 2013 and Muriel moved into a small condo to be near in 2014.  Muriel continued to enjoy sports, reading, politics, family, friends, her cat Twinkles, and volunteering at the Rising Sun.

Muriel was an amazing lady: thoughtful, caring, a loving wife and mother, funny, wise, intelligent, friendly, loved animals, going out for lunch. She saw the good in people and always knew what to say in any situation to make you feel better.

Father Time and poor health had her move to LTC at AgeCare Midnapore in Calgary, November 2019. She received wonderful care from the staff and became known for her friendly nature and smile. Muriel’s health declined rapidly Sunday and she peacefully took her last breath early Monday morning, her daughter by her side.

To respect Muriel’s wishes she will be cremated but not spread at the acreage with Bob as ‘it’s too windy!’ She as well did not want a service, but we will do lunch!

In lieu of flowers and if you wish to donate; Muriel would love you to support a local animal rescue. Condolences, memories and photos may be shared and viewed on Muriel’s obituary at www.McInnisandHolloway.com.

Share Your Memory of
Muriel
Upload Your Memory View All Memories
Be the first to upload a memory!
Share A Memory
Send Flowers