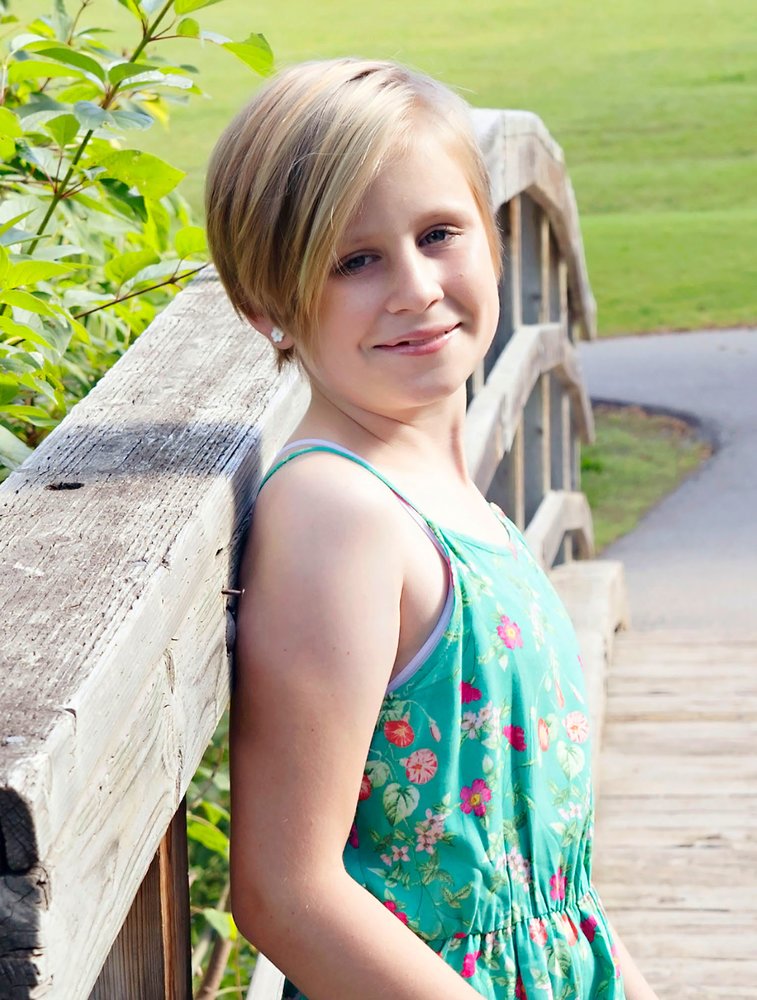 Obituary of Charli May FISHER

Charli was born at the Rockyview hospital in the early hours of March 30, 2007.  She was a petite and precious little girl who, for the first three years of her life, was terrified of everyone except her mother and father.  She would hide behind the protective legs of her parents only daring an occasional peek at anyone on the other side.

Charli was a very active and athletic girl but sometimes it was hard to tell. To Charli, walking was the lowest form of locomotion. She would insist on some alternative mode of travel when it was time for a family walk or to exercise her dog, Ruby. Her bike, her scooter, her skateboard… anything was better than the monotony of just walking. But once you got her out of the city, Charli loved hiking with her family, always venturing just a little closer to the edge than she should or climbing to the top of a treacherous rock just to be a little higher than everyone else. She loved backcountry camping and the adventure that came with it. She could carry a backpack almost as big as herself for kilometres into the forest and although she complained incessantly, she always asked to go again.

Vacations with family friends were a highlight that Charli constantly looked forward to. She loved making amateur movies with her sisters and friends and these were getting ever more sophisticated. Charli enjoyed her technical drama experience at school this year and had plans for some grisly special effects in the next feature.

Although she was small, she was fierce on the soccer pitch, always having to play against girls that were a head taller than her. Despite this, she never hesitated to head into the fray and she was never deterred.

Charli developed a love for a little alien named Stitch during a trip to Disneyland in 2014. He became her signature from that point forward. She had every kind of Stitch merchandise imaginable from hoodies to hats to blankets and countless stuffies.

Like a lot of teenagers, Charli loved playing video games and in any spare time she had you would find her on her laptop playing Roblox or with a controller in her hand playing Fortnite. Everyone in the house always knew when Charli had won yet another Battle Royal.

Charli was constantly striving to establish her individuality among her sisters. Her love of Stitch, her funky hairstyles, her clothes were all part of Charli’s unique brand that set her apart from her siblings. She took particular pride in being the only snowboarder while the other girls skied.

Charli’s eating habits were always somewhat concerning. She had an alarming penchant for any type of candy always leaving behind a trail of discarded wrappers. She considered ketchup to be a primary food group, insisting on putting it on almost anything often with cringe-worthy results. Water, for Charli, was only to be consumed as an absolute last resort preferring instead to drink Coca-Cola whenever she could beg, borrow or steal it.

She had a powerful love for her sisters although she would probably never admit it. She had a different, special relationship with each of them, always able to find a way to interact with each of them on their level. Charli was like a bridge spanning the divide of years between her older and younger sisters. Through her they always found ways to work and play together.

Charli was always an extremely caring little girl and she wore her heart on her sleeve. Both the highs and the lows. It affected Charli deeply when her grandma, Pat, passed away in hospice care in July of 2017 after a very difficult struggle with ALS. Charli loved her Grammy immensely and her declining health and death hit Charli hard.

Our family is forever changed by the loss of our Charli. We will never again be whole. We take solace in the knowledge that she is now free and at peace. Our memories of Charli will forever keep her alive in our hearts.

Charli is survived by her parents, April Tesche and Brent Fisher; and their significant others, Lonny Smith and Hanna Pham; her three sisters, Katie, Isabella and Amelia; her aunt Amanda Fisher, her grandfathers, Paul Fisher and Richard Tesche; and her grandparents, Paulette Witbeck and Eugene Ganz.

She was predeceased by her beloved grandmother Patricia Fisher.

Condolences, memories and photos may be shared and viewed on Charli’s obituary at www.McInnisandHolloway.com. On behalf of Charli Fisher and her grandmother, Patricia Fisher we invite you to make a small donation to the A.L.S. Society of Alberta (Lou Gehrig’s Disease), 7874 – 10th Street N.E., Calgary, AB T2E 8W1, www.alsab.ca.

On behalf of Charli Fisher and her grandmother, Patricia Fisher we invite you to make a small donation to the A.L.S. Society of Alberta (Lou Gehrig’s Disease), 7874 – 10th Street N.E., Calgary, AB T2E 8W1, www.alsab.ca.

Share Your Memory of
Charli
Upload Your Memory View All Memories
Be the first to upload a memory!
Share A Memory
Send Flowers