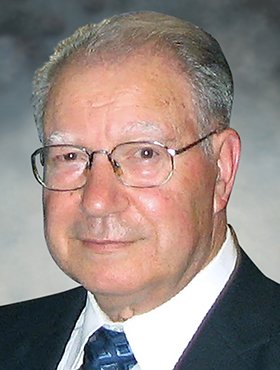 Joseph Audia, beloved husband of Bruna Audia (nee Di Felice) of Courtenay, BC, passed away on Friday, May 8, 2020, at the age of 82 years.

Joseph was born in San Giovanni in Fiore, Cosenza, Italy and immigrated to Canada in 1954.  He married the love of his life, Bruna ”Brunella Bella" in 1966.  His love grew with the arrival of sons, Dominic and David, and multiplied by welcoming two grandsons, Nicholas and Jacob in 2011 and 2013.  Joe and Bruna moved to Courtenay, BC, in 2014, bringing with them many fond memories of family and friend gatherings, and treasured time spent at the Italian Cultural Center playing bocce and taking part in other activities.  Joseph was a devoted husband, father and Nonno.  He was a dedicated teacher and taught for both Calgary School Boards for thirty years. All who knew him will remember his ability to make friends, his sense of humour, his compassion and his gentle kindness.

A private Funeral Mass will be celebrated at St. Luke’s Catholic Church in Calgary, AB, with entombment to follow at Queen’s Park Mausoleum. Flowers gratefully declined. If friends so desire, memorial tributes may be made directly to the Alzheimer Society of Canada (Research), 20 Eglinton Avenue West, 16th Floor, Toronto, ON M4R 1K8 www.alzheimer.ca.

Condolences, memories and photos may be shared and viewed on Joseph’s obituary at www.McInnisandHolloway.com.