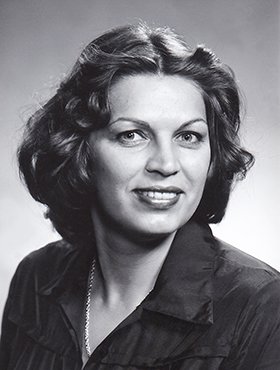 Rose passed away on Thursday, May 14, 2020, with her son and sisters by her side. Rose was born on July 20, 1945, in Vita, MB, a small Ukrainian farming settlement southeast of Winnipeg. She grew up speaking Ukrainian as her first language and assisting her parents and siblings with tending to the family farm. Rose studied at the local school and moved to Winnipeg after graduating high school. She moved to Calgary with her friend Jacquie in the late sixties and studied fine arts and art history at the University of Calgary. Rose met her late husband, William (Bill) Wuttunee, in 1970, and they married on May 7, 1976. Soon thereafter they welcomed their son, Jason, into the world. Rose and family lived in NW Calgary less than a couple blocks away from her sister Liz and her family. She stayed at home with Jason until he entered school and then worked as a realtor for the ensuing thirty or so years. Rose loved her family more than anything else, but she had a particular aversion to air travel. Rose and her son thus drove (and rarely flew) most summers from Calgary to Vita to see Rose’s parents, which formed part of Jason’s dearest memories from childhood. Rose and her mom cooked the most incredible Ukrainian dishes with fresh veggies from the garden. Her dad took Jason for rides on the tractor and drives into town to play pool. Her siblings and their families visited from Winnipeg and afar, and everyone enjoyed sharing stories and laughter on Grandma and Grandpa’s farm. Together, we reveled in the storied Manitoba summers and cherished the importance of having a strong family connection. Although a Canadian through and through, Rose was keenly passionate for American politics; and like her mom, she was smart as a whip.  Some of the proudest and most joyous moments of her life were, perhaps in no particular order, seeing her son’s call to the Bar, holding her granddaughter Vivienne for the first time, and watching as Barack Obama was elected as President of the United States of America. Truly her aversion to air travel paled only in comparison to her disdain for the current US President. We all loved listening to her views on life and justice. She was a realist and a great judge of character. Rose is survived by her son, Jason; her daughter-in-law, Sydney; and her granddaughter, Vivienne. She is also survived by her five siblings, Liz, Mike (Jean), Russ (Diane), Jerry (Heather), and Debbie; her Auntie Mary and Uncle Walter; her nieces and nephews, Mikey, Kenny (Dora), Jackie (Steve), Robert, Chanel (Chris), and Joel; her grandniece Daisy; her grandnephews, Aidan, Freddie, and Enzo; and her many friends and extended family. Rose was predeceased by her husband, Bill; her parents, Anne and Mike Zushman; her nephews, Todd and Brad Zushman, and her brother-in-law, Robert Ohlson. In view of the current restrictions on social gatherings, the family will be hosting a celebration of life in the early summer. Please contact her son, Jason, for details. Condolences may be forwarded through www.mcinnisandholloway.com. Rosie, Mom – Thank you for all the smiles, support, and the enduring love that you shared with us. We love you forever and miss you dearly.

Share Your Memory of
Rose
Upload Your Memory View All Memories
Be the first to upload a memory!
Share A Memory
Send Flowers