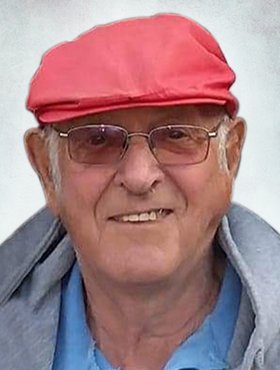 Robert (Bob) Joseph Morgan beloved husband of June Morgan (nee Armstrong), of Calgary, AB, passed away on Friday, May 29, 2020 at the age of 80 years.

Robert (Bob) Morgan was born in High River, Alberta, August 9, 1939. Being the first born and big brother he took his position very seriously, being big brother to a younger brother Ken Morgan and sister Yvonne Morgan. His father Joseph Morgan died when Bob was nine years old. Not long after, he spent some time in an orphanage, Father Lacombe Home. He was able to show the nuns what a fighting spirit he had!

At the age of 15 he returned to his mother’s home. Gramma Helen had married Red O’Sullivan and Bob and his two siblings welcomed baby brother Brian O’Sullivan to the family.

From the age of 15 to present he was a proud Bowness citizen. He and his wife Leslye June Marie Morgan (nee Armstrong) married August 4, 1962. By August 22, 1963, Bob and June’s family began to grow as Robert Boyd Morgan (Cora) was born. On October 16, 1966 their daughter Heather Leah Barham (nee Morgan) was born. After six years, daughter Jennifer June Chaturvedi (nee Morgan) (Rav) came along and the family was complete.

Bob was a heavy machine operator until he was 45 years old. Bob then moved on to work at Alberta Boot Factory for about three years. He then moved to the Calgary Public Library doing maintenance at the main downtown library. He always spoke fondly of the people that he worked with there and always made friends everywhere he worked.

Due to a back injury, he retired in his early 60’s. The injury never slowed down his determination and he always continued to enjoy his hobbies.

He was blessed with four wonderful grandchildren, Nathan Morgan, Sam Morgan, Orion Chaturvedi, and Micah Chaturvedi. He loved these boys with all his heart and is smiling down on them from heaven.

Thanks to the nurses, healthcare workers and staff at the Bethany Riverview Care Centre for their service and kindness for Bob during his stay.

Funeral Services will be held at McINNIS & HOLLOWAY (Crowfoot, 82 Crowfoot Circle NW, Calgary, AB), on Saturday, June 6, 2020 at 2:00 p.m. Condolences, memories and photos may be shared and viewed on Bob’s obituary at www.McInnisandHolloway.com.