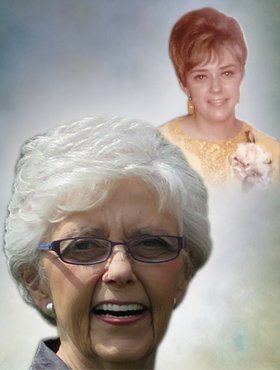 Marion Andrea Kelly (nee Scrymgeour) of Calgary passed away on Thursday, June 4, 2020 at the age of 74 years after a long and courageous battle with Alzheimer’s.

Marion was born in Winnipeg to Charlie and Valdine Scrymgeour on June 22, 1945. She shared many happy years in her youth playing piano, sewing, dancing, and participating in church youth activities. She spoke often of her fun summers spent lake-side at Gimli with good friends and family. Soon after Marion graduated from the University of Manitoba, she became recognized for her excellence in public relations initially with Manitoba Hydro and subsequently as a Government Liaison with the Manitoba Garment Industry. Marion moved to Calgary following her marriage to Lorne Kelly in 1971. In Calgary, she continued her career in public relations with Calgary Power, adding her sense of humor to their workplace and often hosting local television programs. During the early years of motherhood, Marion opted to stay at home to raise her girls until they were launched into school. Following, Marion became a Certified Financial Planner and began a second career. Here too, Marion was recognized for her outstanding contribution. Before retirement Marion held the position of Senior Advisor with Money Mentors.

Marion will be long-remembered as a devoted wife, a loving and courageous mother, a beloved sibling and a cherished friend to many.

Marion would have loved to have had friends and family gather together, celebrating her life, however due to the COVID 19 pandemic, a Private Family service will be held. A recorded version of the memorial will be made available on the McInnis and Holloway website following the service. Condolences, memories and photos may be shared and viewed on Marion’s obituary at www.McInnisandHolloway.com.

The family wishes to extend their gratitude to the staff at  Providence Care Home as well as staff at Home Instead and to St Andrew’s Presbyterian (in particular their Side by Side Program staff and volunteers), for the excellent care that Marion received.

I know the girls and our extended family feel the same way. Marion was our rock, dedicated, supportive, and loving. We know she is in a better place now but we’re sure going to miss her.

Share Your Memory of
Marion
Upload Your Memory View All Memories
Be the first to upload a memory!
Share A Memory
Send Flowers