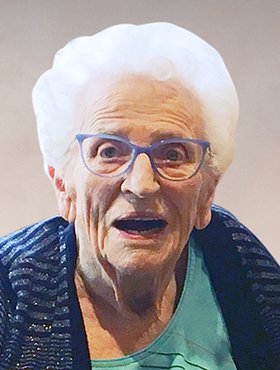 Diane was born in Moose Jaw, SK, on July 28, 1929. She grew up in Lucky Lake, SK, until 1936 when her family moved to Prince Albert and her father owned and operated the Ford Dealership, Modern Motors. Diane grew up, got married, and raised her children in Prince Albert, except for a few years of living in North Battleford. She and Hugh were married in 1951. Diane moved to Calgary, AB, in July 2008 to be close to her children and grandchildren.

Diane had a passion for gardening, and her pride and joy were the Gladiolas that she grew and won many ribbons for. Diane was also an avid curler and golfer.

If friends so desire, memorial tributes may be made directly to the Alberta Children’s Hospital Foundation, 28 Oki Drive NW, Calgary, AB T3B 6A8, Telephone: (403) 955.8818. www.childrenshospital.ab.ca, or to the charity of the donor’s choice. Condolences, memories and photos may be shared and viewed on Diane’s obituary at www.McInnisandHolloway.com.