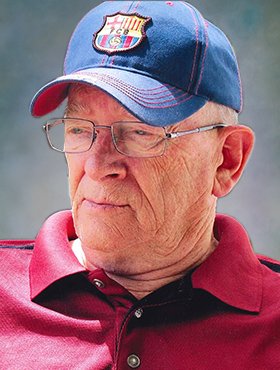 It is with heavy hearts we sadly announce Gordon’s passing on Friday, June 12, 2020 at the age of 81 years.

Gordon was a loving husband, father, uncle, and grandfather.  His quick wit and dry sense of humour will be lovingly remembered.  A life well lived;  A friend to many!

Gordon loved being actively involved in many of the extra curricular activities that his children Kathie and Lynn were involved in. During those years he served on the executive boards for the Canadian Amateur Swimming Association, Central Memorial Band Parents Executive, and the Calgary Youth Orchestra.  He also worked as the Business Manager for several Calgary High Schools and enjoyed the many relationships he established with staff and students throughout those years.  These were just a few of the many boards and associations he was involved with throughout his life. Growing up playing football and hockey was a passion that he passed down to his grandchildren. Papa enjoyed cheering on his grandchildren at many of their sporting events, as he was their proud and #1 Fan.

He is survived by his loving wife of 57 years Margaret (nee Smythe); daughters Lynn (Steve) and Kathie (Jodi); grandsons Tommy, Dylan and Robert; brother and sister-in-law, Gordon and Marilyn; nieces and nephews, Jim, Margery, and David, Ken, Carol, and Robert; and all of his special friends in Calgary and across Canada. Gordon was predeceased by his mother Barbara; father Stewart; and brother Donald.

His family would like to deeply thank Dr. Stewart, Dr. Wong, and the entire Palliative Care Team at the South Heath Campus.  As well, the Unit 58 Nurses, the Hepatology Department at the Foothills Hospital, and his family Physician, Dr. Scott Beach.

If friends so desire, memorial tributes can be made in his name to the SPCA.

As per Gordon’s wishes no formal services will be held. Condolences, memories and photos may be shared and viewed on Gordon’s obituary at www.McInnisandHolloway.com