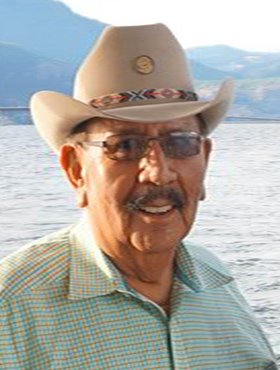 Stephen Runner, loving husband and father of Tsuut'ina, AB, passed away peacefully at his residence with his family by his side on Sunday, June 14, 2020 at the age of 75 years.

Stephen served the Tsuut’ina Nation community as a member of Council for eight years, Band Administrator, Executive Officer, Health Director, Police Constable, and Assistant CEO for over fifty years. Stephen worked with many Nation members/non-Nation members, mentoring many and teaching them strong work ethic. He supported many initiatives over the years as he dedicated his life to working with the Tsuut’ina Nation. During this time Stephen completed his Business Degree at the University of Waterloo in Ontario along with many other achievements and awards throughout the years.

We would like to thank Tsuut’ina Chief and Council, Tsuut’ina Health Centre, Focus on Care nurses Epsy, Emma and Carlene for taking special care of our Dad and Tammara (Oscar) Starlight.