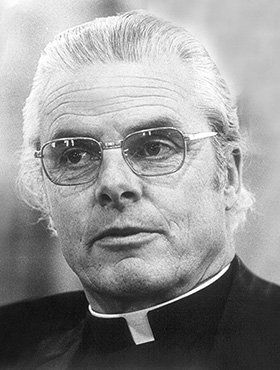 The Venerable JT (Turq) McCollum, Retired Archdeacon of the Mackenzie, passed away at the Colonel Belcher in Calgary on Sunday, June 14, 2020 at the age of 97 years.

Turq married Joan McCollum (nee Watson) in 1953 and they began their life of service to the Church in 1954 in Fort Smith, NT. After a move south to Beaverlodge, AB, they were called north again in 1970 to Hay River, NT with their four children and remained there until 1988. Joan and Turq moved to Calgary to enjoy their retirement.

A Memorial Service will be held at a later date in Hay River where he and Joan will be interred.  They are returning to the North they loved and where they devoted their lives in service to the Lord. If friends so desire, memorial donations in Turq's name can be made directly to St. Stephen's Anglican Church (1121 - 14th Avenue S.W., Calgary, AB T2R 0P3). Condolences, memories and photos may be shared and viewed on Turq's obituary at www.mcinnisandholloway.com.