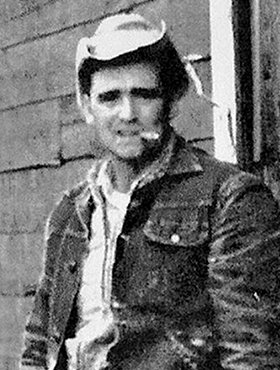 Howard Jones, beloved father, grandfather, and great-grandfather passed away on Wednesday, June 17, 2020 at the age of 95 years.

Beyond his youthful ambition to become a professional baseball player, Howard attended University of Alberta, Edmonton and Olds College Agricultural Programs, graduating these programs before enrolling in the three-year Technical Program offered by SAIT, in Calgary. With an eye for opportunity, he and Kay moved to the Cavendish ranch. Through his childhood ranch life and his time at Cavendish, Howard’s character, his authenticity, pride, self-reliance, optimism and humor were firmly rooted in the rhythms of ranch life and governed his deeds.

Howard helped establish the Empress & District Cattle Breeders Association, and served on the Empress Hospital Board, the Special Areas #2 Board, and the School Board Division #4. He worked diligently to support and to save, the critical anchors of a small, rural community in the midst of a declining population.

Though he retired early from ranching, Howard never strayed from the cowboy code, even as he sang and danced on stage in the Medicine Hat Community Theatre and sang in his Barbershop Quartet.

In his last few years in Calgary, Howard spoke of a new, more complex world. He did his best to reclaim an earlier time through his cowboy dress and, over a beer, shared his stories. His insights mixed the literal and the metaphorical; they inspired and amused his children and grandchildren. “If you are thrown from your horse, hang onto to the reins. If you don’t, it could be a long walk home.” For those that knew and loved this wonderful man, his passing has been difficult. We are on the ground, still hanging onto the reins. Knowing he is at peace, we will re-mount and ride again.

In his final weeks, Howard chose no treatment; he chose acceptance and comfort.  He spoke often of living a long and rewarding life.

Howard is survived by his children, Ron and Judy, Terry and Lorne, Kim and Patricia, and Jeannette Jones; ten grandchildren, Lindsay, Logan, Danielle, Charlotte, Alicia, Julia, Christopher, Rainer, Jackson, and Taryn; one step-grandchild David; one great-grandson Roran; one step-great-grandson William; and sister Nadene Livingston. He was predeceased by his wife and partner of sixty-six years, Kathleen, on March 7, 2017.

If friends so desire, memorial tributes may be made directly to the Heart & Stroke Foundation of Alberta, 200, 119 – 14th Street N.W., Calgary, AB T2N 1Z6 Telephone: (403) 264-5549, www.heartandstroke.ca. Condolences, memories and photos may be shared and viewed on Howard’s obituary at www.McInnisandHolloway.com.

Share Your Memory of
Howard
Upload Your Memory View All Memories
Be the first to upload a memory!
Share A Memory
Send Flowers