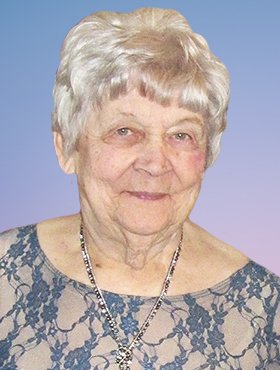 It is with great sadness that the family of Edna Burnice Henkel announces her passing after a brief illness with Covid-19 on Monday, June 8, 2020, at the age of 86.

A true Albertan, Edna was born in Acme on March 29th, 1934. She moved to Calgary in 1952 where she met and married her true love Charles on May 1st, 1953. Edna and Charles were an inseparable pair spending all their time together. In 1973, the couple moved to Grande Prairie where they owned a construction company. Through hard work and perseverance, they became successful, not only as part of the Grande Prairie community but as one of the premier construction companies during that period.

Life was kind to Edna, she and Charles retired during the early 1980’s in White Rock, B.C.  Answering the call of the open road, the couple bought their first motorhome in 1994 when they travelled extensively throughout the United States. Edna proudly accepted her American heritage as she and Charles settled in the Greater Phoenix area in the early 2000’s.

In her twilight years, Edna and Charles returned to Calgary. Sadly after sixty-five years of marriage Edna was diagnosed with Alzheimer’s disease as her memory began to fade. Edna spent her final year at Brentwood Care Center where she was in good spirits, beloved by other residents and staff, while receiving the attention and respect that she needed and deserved.  Like hundreds of thousands of people Edna was diagnosed with Covid-19 and after a short fight, she passed away peacefully in her sleep.

Edna was a kind, caring and resolute mother of three and will be sorely missed and remembered by her loving Husband Charles, sons Jay (Beverly), Barry (Louise), sister Dorothy, brother Dick;  grandchildren Lisa (Patrick), Jordon (Rachelle), Jesse, Nicole (Walter), and Jackson; along with her only great-grandchild Benjamin. Edna was preceded in death by her daughter Robin, brother Bud, and sisters, Dolores and Ramona.

As a result of the Pandemic there will be no service at this time. A celebration of Edna’s life will be held when the times allow it. Condolences, memories and photos may be shared and viewed on Edna’s obituary at www.McInnisandHolloway.com.