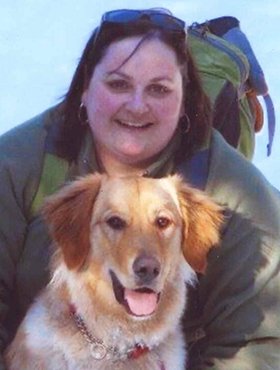 Carrie Bissonnette, beloved wife of Francois Bissonnette of Calgary, AB, lost her battle with cancer on Thursday, June 11, 2020 at the age of 44 years.

Carrie was an inspiration to everyone she met and made a huge impact on many lives. This was apparent with all those that reached out to her on the “Carrie Fan Club” on Facebook set up by her friend Amanda. From people she went to grade school with, to those she worked with, to people in the support group to people she met briefly at a conference. She always made time to listen. She will be deeply missed by many.

Besides her loving husband, Francois, Carrie is survived by her parents, Debbie and Wilford Vansickle; brother and sister-in-law, Paul and Amy Vansickle; nephew Carson, niece Addison, and best friend Nichole. She is also survived by numerous aunts, uncles and cousins.

A Celebration of Carrie’s Life will be held at a later date. Condolences, memories and photos may be shared and viewed on Carrie’s obituary at www.McInnisandHolloway.com.

Share Your Memory of
Carrie
Upload Your Memory View All Memories
Be the first to upload a memory!
Share A Memory
Send Flowers