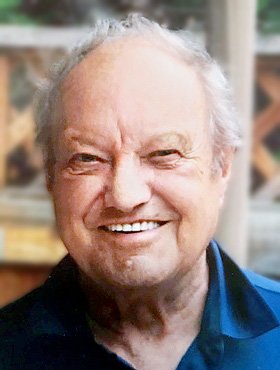 Terry was born in Scarborough, England on June 8, 1935. He immigrated to Canada in 1955. He joined the Armed Forces shortly after arriving in Canada and was originally stationed in Toronto. His thirty years of service, which resulted in the rank of Captain, took him and his family to multiple postings in Canada, Germany, Cypress and other international locations. Terry married Shirley Reid in 1958. Terry’s  generosity and kindness of heart was well known to his family and felt by many who met him. Terry enjoyed doing things with his hands and loved the challenge of fixing anything. His favorite line was “I can do that” or “I can fix that”. He built a sailboat and several kayaks that the family enjoyed for many years. He was very athletic and loved being outdoors golfing, cycling, and kayaking. Woodworking was one of his main hobbies, he built and repaired many items of which most are still in use. Terry was known to be a very gentle, humble and soft spoken man of very few words. His wife, Shirley, wanted to say he was the most obliging person you would ever want to meet. Terry loved music, loved to dance, was a perpetual whistler (often off key) and enjoyed playing the piano well into his later years. He will be most remembered for his rendition of “Third Man Theme”.

Terry was predeceased by his father Cecil John, his mother Ellen Almina and his brother Jim.

Due to current circumstances, a private service was held with immediate family only. Condolences, memories and photos may be shared and viewed on Terry’s obituary at www.McInnisandHolloway.com.

Share Your Memory of
Terence
Upload Your Memory View All Memories
Be the first to upload a memory!
Share A Memory
Send Flowers