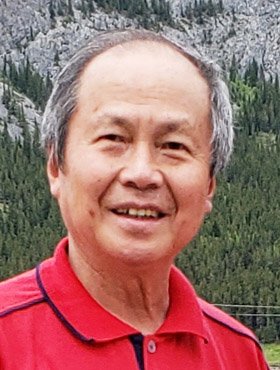 Chan Sui and Willow Lieu Thanh grew up together in the same village of Tien Yen, Vietnam.  There are lots of stories of them playing together as children.  During the 1960’s, at age 18, Chan Sui went to serve in the army as a medic during the Vietnam War while Willow was still in high school.  They started exchanging letters during this time and fell in love.  Upon returning from serving in the army, Chan Sui and Willow were married in August of 1973.

In order to escape the war, Chan Sui and Willow, along with their two young children and many others from the village of Tien Yen, ran away towards China.  From China they headed towards Macau on a small boat.  The boat trip was very turbulent but its two hundred occupants ended up in Macau where they entered a refugee camp.  At the refugee camp Chan Sui was separated from his wife and two sons.  After one year at the refugee camp they were sponsored by a Christian church family in Canada and moved to Calgary, AB in 1980.

Chan Sui worked hard to provide for his family.  Shortly after arriving in Calgary he landed a job in the hospitality industry where he was a loyal employee for more than thirty years.

Chan Sui loved his family and the outdoors.  In his free time he could often be found walking through the neighbourhood or hiking in the mountains with his family.  He enjoyed helping others by shoveling the entire street’s sidewalk, mowing his neighbour’s lawn or spending time with his grandchildren.

He will be remembered for his kind and embracing character, his generous spirit, and love and loyalty to his family and his community.

We are grateful that on Father’s Day, Chan Sui got to meet his Heavenly Father – his Saviour.

Celebration of Life will be held at McINNIS & HOLLOWAY (Chapel of the Bells, 2720 Centre Street North, Calgary, AB), on Thursday, June 25, 2020 at 2:00 p.m.  Condolences, memories and photos may be shared and viewed on Chan Sui’s obituary at www.McInnisandHolloway.com.

Share Your Memory of
Chan
Upload Your Memory View All Memories
Be the first to upload a memory!
Share A Memory
Send Flowers