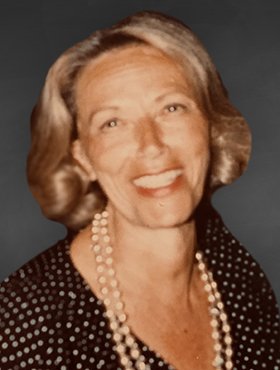 Edith was born in Riga, Latvia on Oct. 5th, 1925 and came to Calgary at the age of two with her parents Harry and Sarah Hashman.  Sam and Isaac, Edith’s younger brother’s, were born in Calgary.  The family was held together by the matriarch, Sarah. They supported themselves though a number of means, including selling fish, trading cattle, running a rooming house, and operating a small grocery store. Sarah, passed away at an early age but gifted her children with her tenacity, acuity and common sense.  Edith’s first full time job was working as a cashier in a hardware store at the age of 15.  In 1949, when she was only 24, Edith opened the Mademoiselle shop, on 8th Ave which she operated for more than a decade. In the early 60’s she opened Ornell’s Ladies Wear on 4th Street, which she ran with her husband Norman for the following three decades.  Ornell’s, like the Mademoiselle shop, was a dress shop with a clientele as varied and unusual as Edith herself. After her two children were born, Edith switched her time, energy and much needed concentration to the task of raising them, but continued to deal with store business on the weekends and on the occasional evening.  Edith and Norman, a holocaust survivor, were married for 57 years when he passed way in 2013.  After Norman died, Edith’s son Ralph, moved back to Calgary to be with his mother from NYC where he had worked for decades as a Pulitzer prize nominated journalist. Tragically, the very special bond between mother and son was cut short by Ralph’s passing the following year.

Edith will be remembered for her charm, indomitableness, intelligence, patience, selflessness, and kindness.

The family had a private burial for Edith last Sunday.

Edith’s remaining family, her daughter Shelley and her partner Perley, and grandson Joe, wish to thank the kind hearted and truly excellent medical personnel that took care of Edith and the family over the years, including Dr. James Cohen, and some very special staff at the Rockyview and Foothills Hospitals, Carewest and CBI. The family also wishes to thank Lisa Gee, the family’s caregiver and Jewish Saint Jeff, for the love and care that they both provided to Edith, particularly in her later years.

In lieu of flowers, please donate to the heart and stroke foundation.  An unveiling and remembrance of Edith will be held sometime in May or June of 2021.

A graveside service was held at Erlton Cemetery on Sunday, June 28th, 2020 but due to health restrictions, the service was restricted to very few people. For those who had wished to be there, the Eulogy given by her daughter Shelley, is printed here:

Had my mother Edith known that she would have been put to rest in these particular circumstances… she would have shrugged her shoulders…shaken her head, and then proceeded to say something that was a little bit wise.. a little bit funny … and 100 percent…something unladlylike.

That’s one of the many reasons why I respected my mother.   She told it like it was.  There was no b-sing her either…..which my brother Ralph and I… and all our friends and cousins, figured out, unfortunately, in no time.

But Ma, as we called her, always welcomed everybody inside of her house. She had a tough and unsheltered childhood, which led her to recognize the intrinsic value of most people…..unless of course…..they were truly what she called “dreks”, and then no one, not even Jeff Eichler, could blame her.

My Ma, never gave up. Not on herself and particularly when it came to her husband and her two somewhat .. mildly … challenging children.  Ma was always our biggest fan. She gave my brother and I, so much unwavering love and support, that it would have been impossible not to succeed in some way…. despite our efforts to the contrary.

Ma spent her life taking care of those around her. She was married to my father Norman, or Nechemya, as she called him, for 57 years. She took care of my father, because of his ill health, for 30 .. of those years….and she never once complained, at least externally……Nechemya absolutely loved her .. almost as much as he loved Las Vegas… which for my father, really meant something.

Almost everybody liked my mom.  Particularly… our friends and MOST of our cousins, who,  universally… wherevever they were and wherever they came from, over the course of many years…continued to adore her.  Although Ma could sometimes be pretty grumpy, particularly after a day of work, or later, as she got older, I never once, never ever….in all the many years that I knew her, saw her be mean.  It just wasn’t in her nature.

Edith Sugarman was a special person. There was no doubt about it.  She was both her own person and her own woman. This was a feat,  not easy ….even now .. and particularly difficult,  back in 1949 when she opened her first ladies clothing store at the age of 24.  IN the 40 years she was in the shmata business, Edith served every type of working woman out there …and I mean..every type of working woman.

Bubbs, as we later called her, just had a way with people…. she was an adroit and adept charmer.     Whether she was bargaining in Woodward’s for a dollar off on $1.49 day……striking up random conversations with strangers (and she often did) …..or finally finding a good home with her surgeon’s receptionist, for my brother’s accursed bird … (which happily coincided with her being given priority on the O.R. list for a knee operation at the age of 90)……..(we called it killing two birds with one stone)…. My mother was really something.

Her Sunday pancake ritual was a Calgary tradition.  Her famous apple and honey cake recipes were unfortunately…  but .. conveniently locked inside of her head…

Edith was my role model, confidant, and friend. ….and even my friends sought her advice.

Her last day, in this world, was on Thursday.  And true to form, even as she lay dying, she was still her characteristic self:  She flirted with her doctor, she kibitzed with Lisa and all the nurses, she held Joseph’s hand, telling him how proud she was of him, and she reminded me…her only daughter, to always be proud of who I was … and where I had came from.

My mother, Edith Sugarman/nee Hashman, was born in Riga Latvia almost 95 years ago…and they’ll never be another one like her.

Shalom alechem Ma, may you have peace now. We all loved you so very much.

Share Your Memory of
Edith
Upload Your Memory View All Memories
Be the first to upload a memory!