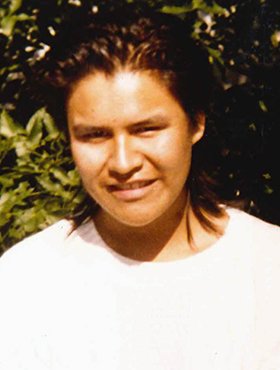 Joel Kootenay was called home by our Creator on Wednesday, June 24, 2020 at his home in Calgary at the age of 48 years.

He was born November 21, 1971 in Calgary to Roland Rollinmud and the late Cecila Kootenay. Joel grew up on the Nakoda Stoney Reserve. He received his education in Exshaw and Morley Community School. Joel worked in many different fields of employment throughout Morley. He truly lived his life to the fullest through simple pleasures chatting with friends and family. He also loved spending time with his nieces and nephews. He was humble, humorous, has an uncanny ability to reach people in a deep and positive way. He helped his father with mural paintings. Some of their work today is displayed at the Banff Cave and Basin. After his mother passed away at a young age his late grandmother Mary Kootenay and his late aunt Elaine Twoyoungmen helped each other in raisin him. Both ladies were very dear to him.

Joel was predeceased by his mother Cecila; brothers: Gabriel and Jordan; grandparents: George and Georgie Rollinmud, Joe and Mary Kootenay; and aunt Elaine.

Wake Services will be at the residence of Roland Rollinmud (Morley, AB) from Tuesday, June 30 2020, with Funeral Services to be held at the Morley Gymnasium (Morley, AB) on Thursday, July 2, 2020 at 1:00p.m.  Graveside Service to follow at Bearspaw Cemetery (Morley, AB).  Condolences, memories and photos may be shared and viewed on Joel’s obituary at www.McInnisandHolloway.com.

Share Your Memory of
Roly
Upload Your Memory View All Memories
Be the first to upload a memory!
Share A Memory
Send Flowers