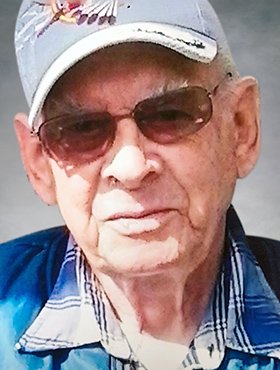 Jacoba Schut, of Calgary passed away at the Peter Lougheed Hospital on June 26, 2020 in his 90th year.

Born, into a family of 12, to Hendrikus and Jacoba (Blankestoor) Schut on August 31, 1929 in Barneveld, Netherlands. Jake was the youngest of five brothers and six sisters and was the last living survivor of his siblings. Jake immigrated to Canada from his homeland (Holland) in June 1954.

Jake is survived by his son Jack Yellow Horse Schut and grandchildren, Tasha, Zabrina and Jacinta; and his great-granddaughter Aliyah. He is also survived by extended family in the Netherlands as well as many nieces and nephews in Holland and in British Columbia. Jake is survived by step-children Tony, Gabriella and Avery. Jake had many friends in Calgary and in Siksika. He is predeceased by his parents, his 11 brothers and sisters as well as partners from 2 relationships and his step-son Chuck.

Funeral services will be held on Friday July 3, 2020 at McINNIS & HOLLOWAY (Eastside, 5388 Memorial Drive NE, Calgary, AB). Viewing at 1:00 p.m., followed by his Celebration of Life at 2:00 p.m. and Graveside Service at Mountain View Memorial Gardens.

Share Your Memory of
Jacoba (Jake)
Upload Your Memory View All Memories
Be the first to upload a memory!
Share A Memory
Send Flowers