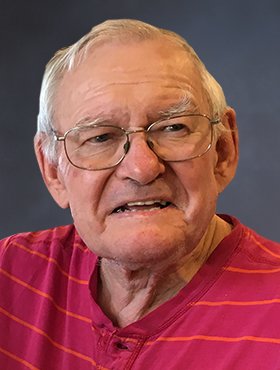 Donald Fitzsimmons, beloved husband of Dianne Fitzsimmons (nee Frey), of Calgary, AB, passed away on Wednesday, July 8, 2020, at the age of 78 years.

Don was born in Drumheller, AB on January 3, 1942. The family moved to Delia, AB and later to an acreage in what is now Ranchlands in NW Calgary. Don graduated from Queen Elizabeth High School. He started working part-time at Alpha Milk Company when he was still in high school and was with Alpha for many years. He loved working with people. His customers often became his friends. Don married Dianne Frey on October 7, 1967.

Don loved sports, while in school he played hockey and football, after that he took up curling. Don also liked to walk, and later in his life, he would walk for miles every day.  He and an old friend walked together every Friday. Don and Dianne enjoyed many fishing trips with family in northern Saskatchewan and Manitoba. Don had many good fly-in fishing trips to northern Saskatchewan with a group of his friends. He also loved music.

Don and Dianne travelled extensively. His favourite places were the UK, Europe and Maui. One highlight for him was being Captain of a houseboat sailing up the Thames River.

Don was predeceased by his parents Hazel and Merle, twin brother Del, and brother-in-law Jim Frey.

Due to Covid-19 restrictions, a Private Family Service will be held. Condolences, memories and photos may be shared and viewed on Donald’s obituary at www.McInnisandHolloway.com.