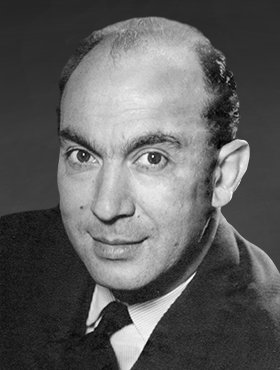 Farhang Mohtadi passed away peacefully in his sleep on Saturday, July 4, 2020 at the age of 94 years.

He was known by his official name Farhang, his English nick-name Matt and his family’s moniker "Dode". His journey in life took him from Tehran to Birmingham, England; Trondheim, Norway; St. Augustine, Trinidad and Tobago; and finally, to Calgary in 1967. There was a one-year sabbatical at Oxford University and a two-year stint in Durban, South Africa at the University of Natal before finally retiring back in Calgary.

To say that Dode was accomplished is a gross understatement. He was a scholar who excelled in school, accelerating more than once. He completed his PhD at the University of Birmingham in only a few years partly because he avoided the course work and passed the final exams. He became the Head of the Department of Chemical Engineering at the University of Calgary in 1968 educating thousands of students over four decades and receiving Professor Emeritus status upon retirement. He co-wrote a textbook on thermodynamics and as a researcher published scores of scientific papers. He even dabbled as a consultant. His side company Damavand Enterprises (named after Iran’s highest mountain, Mount Damavand, which he climbed) never really made any money but provided a small venture into business.

He was a world-class sportsman. In 1948, he represented Iran at the London Olympic Games in Basketball. He played in the World Table Tennis Championships in Yugoslavia. He played Tennis at Wimbledon five times. He was also the first non-English born person to represent England in international squash and closer to home at the Glencoe Club he was an avid player and champion on these same courts during the 70’s.

He was involved in politics his whole life being introduced to communism, fascism, dictatorships and most importantly democracy. He was a passionate believer in the democratic process, fairness and diversity. He personally faced discrimination when he was not allowed to represent England in an international squash competition in South Africa in the 1950s. However, in the late 80s he moved to South Africa and was able to institute new policies that removed prejudice and allowed for inclusion of non-white employees and faculty at the University of Durban. He was a devout card carrying Liberal but also contributed financially to the Conservative Party.

Dad was spiritual but not religious. He was philosophical and a true intellectual. After retirement he met regularly on Thursday mornings with a small group of friends and colleagues to discuss and dispute a great variety of topics from religion to politics. He was introduced to the Knights of the Round Table by his great friend and tennis partner Mel Shannon, where he presented several times on topics ranging from Middle East peace, the theory of relativity, Kantian philosophy to the origins of Islam.

He started the Shad Valley Summer Science Program for high school students; he was on the board of the Calgary Philharmonic Orchestra and Child Reach.

Most of all dad felt most blessed to have a loving wife in Margaret. She is the backbone for the family and provided the unyielding support for everything that he accomplished. We vividly remember him at countless family dinners toasting those around the table, always saving his fondest words for mum. Ultimately, it was his family that meant the most to him - His most important life achievement.

He was predeceased by his parents, Lamieh and Lotfollah Mohtadi; his brothers, Mohammad, Roohollah and his sister Badieh.

Condolences, memories and photos may be shared and viewed on Farhang’s obituary at www.McInnisandHolloway.com.

Share Your Memory of
Farhang
Upload Your Memory View All Memories
Be the first to upload a memory!
Share A Memory
Send Flowers