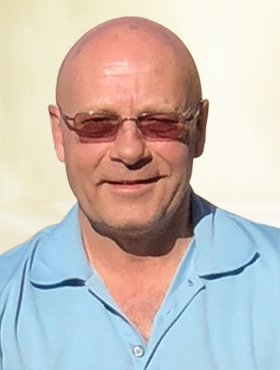 Richard Wayne Klippenstein, beloved husband of Debbie Lapointe, of Calgary, AB, passed away on Tuesday, July 28, 2020 with his family by his side, at the age of 58 years.

Richard was born February 7, 1962 in Altona, MB, and made his way to Calgary, AB, where he worked at AGAT as a Manager in the Core/Rock properties for the past thirty years, and was well respected in the industry. Richard was a wonderful father, grandfather and a devoted husband. He enjoyed music and had a passion for golf. Richard was a hard working man who took pride in everything he did. He will be deeply missed by his family, friends and all who knew him.

In lieu of flowers, memorial donation in Richard’s name may be made directly to a charity of your choice. Condolences, memories and photos may be shared and viewed on Richard’s obituary at www.McInnisandHolloway.com.

Share Your Memory of
Richard
Upload Your Memory View All Memories
Be the first to upload a memory!