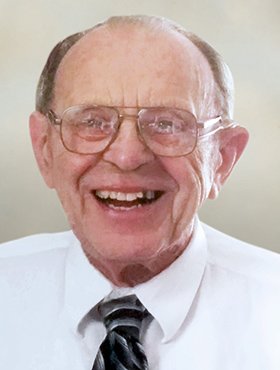 Clemens Heinrich Feldhaus passed away peacefully at home on Thursday, July 30, 2020 with his family by his side.

Clemens was born in Germany on February 24, 1932, the middle of seven children.  He immigrated to Canada in 1957, and after surviving a train derailment and salted butter, landed in Calgary to begin a new life knowing no one and not speaking a word of English. Determination and perseverance kept him in Calgary, where he married, bought a house and raised his two children.  Just before he retired from forty years of welding, his one and only grandson arrived… the apple of his eye.  He spent his retired years enjoying being a grandpa.

Clemens was a very quiet man, with a huge heart, who would help anyone who asked.  Despite significant life challenges, he built a humble life around his deep Catholic faith and beloved family.

Clemens is survived by his loving wife of fifty-five years, Corinne (nee Leuschen), his daughter Cathy, his son Paul, and his grandson Jesse (Elladee), as well as numerous extended family members in Germany and across Canada.

If friends so desire, in lieu of flowers, donations can be made to St. Gerard’s Parish, https://stgerards.ca/donate. Condolences, memories and photos may be shared and viewed on Clemens’s obituary at www.McInnisandHolloway.com.

Share Your Memory of
Clemens
Upload Your Memory View All Memories
Be the first to upload a memory!
Share A Memory
Send Flowers