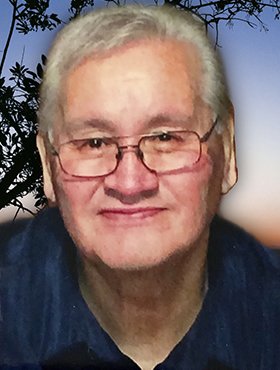 It is with broken hearts that we announce our beloved husband, father, grandpa, brother, uncle, cousin and friend, Matthew Many Heads passed away peacefully surrounded by his loving family on Thursday, July 30, 2020 at the age of 70 years, after his courageous battle with cancer.

Matthew was born at the Blackfoot Hospital on May 7, 1950, being raised on the west end of the Siksika Nation. At the age of six, he was sent to the Old Sun Indian Residential School for nine years, later attending junior high in Arrowwood/Strathmore and graduated from Crescent Heights High School in Calgary, Alberta in 1968.

After graduation, he attended Mount Royal College in the Corrections program to then begin his employment career with Siksika Social Services (Family Services) for several years, going on to work in other Service Areas such as Agriculture Development, Health Services, Land Management, Council Initiatives and most recently serving on the Siksika Treasury Board, retiring from the Board in June 2020.

While continuing his employment journey with the Siksika Nation, Matthew continued a family tradition, becoming a second-generation farmer, when he began his own grain farming operation in 1977 with his young family in tow. For the next forty years, Matthew and his family experienced many challenges in the industry but always stated he wouldn’t trade it for anything - farming was Matthew’s way of life.

Music was also a major influence on Matthew’s entire life. As a child, Matthew’s mother would sing a variety of hymns and traditional songs, this musical foundation became his source of inspiration in pursuing his rock and roll journey! At the age of fourteen, he built his own guitar becoming self-taught and by eighteen he formed his first of five bands, spanning six decades, writing numerous songs enjoyed by many, especially the famed “One More Time”. Highlights of his musical journey included playing at the Sun Tree (now known as the Coca-Cola Stage) at the Calgary Stampede; opening for American Indigenous Rock Groups such as Xit and Redbone; passing his love of music to his children, forming his last active band with them, ultimately becoming a lasting mentor and inspiration to his grandchildren in their own continuing musical journey.

Between his love of music, hard farm work and his employment career, Matthew enjoyed spending time with his family, be it at home or abroad on the many family trips and vacations over the years. Matthew also enjoyed telling funny stories of his life experiences, inclusive of his hockey exploits, from playing in the Major Canadian Peewee Tournament in Quebec for Team Alberta twice, winning the Robin Hood MVP, to playing for the Siksika Braves with his brother Richard, to wrapping up his hockey adventure with the Ranchland Blackfoot Miners as a veteran defenseman. Matthew’s stories focused not so much on the achievements but the funny experiences, always bringing a good laugh to his family.

Lastly, the family would like to thank Dr. O’Brien, the nursing staff at the Strathmore Hospital and the Siksika Home Care team for all the kind support, care and attention given to Matthew and the family through this difficult time.

Funeral Services will be held at McINNIS & HOLLOWAY (Park Memorial, 5008 Elbow Drive SW, Calgary, AB) on Friday, August 7, 2020 at 1:00 p.m.  Graveside Service to follow at Eagle’s Nest Cemetery, Siksika Nation, AB.   Traditional Feast to follow at the residence of Carol and Matthew Many Heads. Condolences, memories and photos may be shared and viewed on Matthew’s obituary at www.McInnisandHolloway.com.

Share Your Memory of
Matthew “Natohkotohkitopi”
Upload Your Memory View All Memories
Be the first to upload a memory!
Share A Memory
Send Flowers