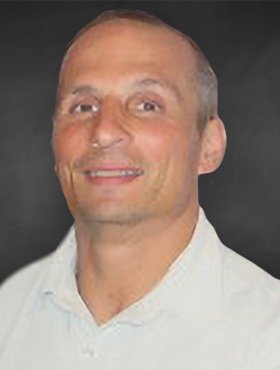 It is with great sadness that the family of Nicola Pagliaro announce his passing on Monday, July 27, 2020 in Calgary, AB, at the age of 53 years old.

Nicola was born in Calgary on January 9, 1967, where he lived most of his life, except for two years when he lived in Pietramelara, Italy. He was educated in Calgary and went on to study drawing and interior design at Alberta College of Art and Design.  For the last thirteen years he worked as a Sales Representative in Calgary.

Nick's greatest interest was sports, especially watching and playing soccer. Throughout his life, he played at a top-level, to the point of competing nationally as a member of the ACAD soccer team. Furthermore, Nick was a huge fan of Elvis Presley. He would often listen to and hum his music and collected Elvis memorabilia.

Nick loved spending time with his family and friends. He had a huge heart and will be remembered for his generosity, attention to detail and humorous stories and jokes. His presence at home, notably for the traditional Italian Sunday lunch, will be deeply missed.

Nicola is survived by his mother and father, Clementina and Paolo; his brother Pasquale, and his sister Antonietta, as well as aunts and uncles in Italy, cousins both in Italy and Calgary, and friends.

Funeral Mass will be celebrated at Mary, Mother of the Redeemer Parish (1714 – 14th Avenue N.E., Calgary, AB) on Friday, August 14, 2020 at 10:00 a.m. Graveside to follow at Mountain View Memorial Gardens (1515-100 Street S.E., Calgary, AB). Condolences, memories and photos may be shared and viewed on Nick’s obituary at www.McInnisandHolloway.com.

Share Your Memory of
Nicola
Upload Your Memory View All Memories
Be the first to upload a memory!
Share A Memory
Send Flowers