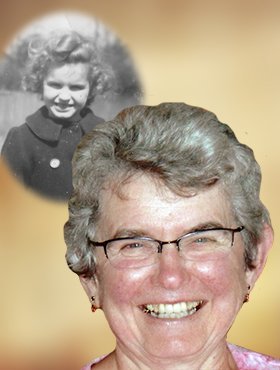 Marleen Lydia Brighton, beloved wife of Paul Brighton, of Calgary, AB, passed away on Tuesday, August 18, 2020 at the age of 81 years.

Marleen was born on August 21, 1938, in South Porcupine, Ontario, Canada, to Alberta Jalmar Lauttamus and Anastasia (Nellie) Sophie Lauttamus (nee Bemben). She graduated from Richmond Hill High School in 1956, and attended Ontario Teachers College. Marleen was teaching elementary school in Richmond Hill when she met the love of her life Paul at the Richmond Hill Dairy Bar in the spring of 1957. On August 19, 1961, Paul and Marleen were married in Stamford, United Kingdom. Marleen also taught elementary school in Calgary before moving to Burnaby, Saskatoon and then Whiterock, British Columbia in 1987. Marleen worked at the White Rock Evergreen Baptist Care Home where she developed numerous lifelong friendships. In 2014, Marleen moved to Glenwood Village Heights and also became a parishioner at the Colebrook United Church. Marleen had a passion for people and as a result her friendship was infectious.

Marleen accomplished much through her life and will be most remembered for her loving relationships with family and friends and her innate ability to strike up a conversation with any and all persons she met. Marleen will be dearly missed by her immediate family, and her friends from Colebrook United Church, Evergreen Baptist Care Home and Glenwood Village.

Besides her loving husband Paul, Marleen is survived by her son Steve and daughter-in-law Shelly, her daughter Heather; and her three grandchildren Derek, Kaitlyn and Hunter, all of Calgary, Alberta.

Rest in peace Marleen, mom, grandma, you will be dearly missed.

Condolences, memories and photos may be shared and viewed on Marleen’s obituary at www.McInnisandHolloway.com.

Share Your Memory of
Marleen
Upload Your Memory View All Memories
Be the first to upload a memory!
Share A Memory
Send Flowers