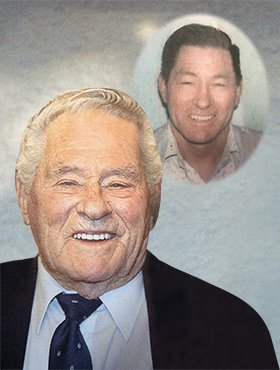 Howard Bruce Kennedy, loving husband, father, grandfather and great-grandfather, passed away suddenly at the Peter Lougheed Hospital on Thursday, July 30, 2020 at the age of 95 years.

Howard was born on May 27, 1925 in Regina, Saskatchewan to John and Hattie Kennedy.

While working for the Regina fire department, he met the love of his life, Maxine. They married on August 30, 1952. They started raising a family in Eslin and then in Lumsden, Saskatchewan, moving to Calgary in 1969. He worked for the Calgary School Board for several years, then remodeling homes until retirement in 2004 when they moved to Airdrie.

Howard was predeceased by his wife Maxine, his parents, John and Hattie; and four brothers, Donald, Myles, Morley and Ralph.

Dad made many friends throughout his life and will be missed by all.

Share Your Memory of
Howard
Upload Your Memory View All Memories
Be the first to upload a memory!
Share A Memory
Send Flowers