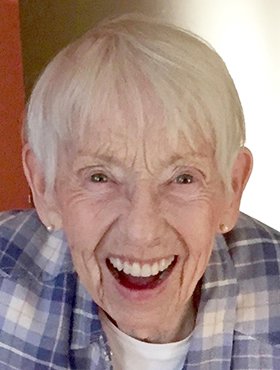 We share with heavy hearts the passing of Donna Savard of Edmonton, Alberta, on Saturday, October 10, 2020 from cancer at the age of 82 after a life lived with dignified grace, unfailing kindness, consistent passion, and above all, selfless love.

Donna was born on May 17, 1938 in Amherst, Nova Scotia.  She moved with her family to Ottawa where she finished school and moved on to training as a nurse at the Ottawa Civic Hospital School of Nursing.  A testament to her open and friendly personality, she maintained contact for the rest of her life with many of the nurses with whom she trained.

It was while working as a nurse in Cold Lake, Alberta, that Donna met the love of her life, Don Savard, who she married in 1961, and with whom she raised their two children, Kim and Shane.  They lived first in Cold Lake, moved to Edmonton, spent a few years in Ontario, and returned to settle permanently in Edmonton.

The same compassionate and gracious nature that drew her to nursing and made her a beloved mother and grandmother was reflected in the numerous long-term and devoted friendships that Donna enjoyed.   Despite being determined and firm in her opinions and values, Donna was accepting of and open to alternate perspectives, and invariably kind and gentle in her treatment of others.

An avid golfer and bridge player, Donna was also a passionate sports fan, particularly of the Edmonton Eskimos and Oilers, loyalty to whom she maintained fiercely in the face of her grandchildren’s support of the dreaded Calgary rivals.  She loved to plan and reflect on family trips to Mexico, where she invariably endeared herself to the workers at the resorts with her energy and consistent smile.

Despite living primarily in cities and towns, Donna was in many ways happiest and most at home while at the rural family property on Marie Lake, near Cold Lake, which became a home away from home for she and Don, their children and grandchildren, and their extended family and friends for decades.  Many of her fondest experiences and memories are connected to this special place.

Fiercely determined and independent, Donna lived her life with strength and courage to the end, in later years becoming a generous philanthropist for causes in which she believed and were personally significant to her.

“Brief is life, but love is long.”
-Tennyson

Donna is survived by her children, Kim (Jim) and Shane; grandchildren, Kellen, Ethan, Alix, and Colton; brother Keith (Katheryn) sister-in-law and brother-in-law Marlo and Hal Martin,  nieces and nephews, Robina (Alan), Scott (Sylvia), Trevor (Ursula), Steve (Erin) and their families; as well as many close friends.  She was predeceased by her husband Don eleven years ago, and her parents, Wendell and Gene Bacon.

In accordance with her wishes, a Celebration of Donna’s Life will be held at a later date when her family and friends can gather in person to remember and reflect on a life well lived and on the legacy that she has left us.

Thanks for all the kind and compassionate care that she received with a special thank you to Dr. Siderson, the staff at the Cross Cancer Institute, and Dr. Evans and the staff of Dulcina Hospice.

Condolences, memories and photos may be shared and viewed on Donna’s obituary at www.McInnisandHolloway.com.

If friends so desire, in lieu of flowers, memorial tributes in Donna’s name may be made directly to the Edmonton Community Foundation, Dulcina Hospice or to the charity of the donor’s choice.

Share Your Memory of
Donna
Upload Your Memory View All Memories
Be the first to upload a memory!
Share A Memory
Plant a Tree