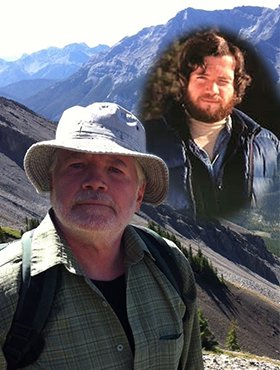 James Simpson, beloved husband of Ruth Simpson, of Calgary, passed away at home on Wednesday, October 14, 2020, surrounded by his family, at the age of 75 years.

Jim, known as Jimmy to many, was born in Montreal on February 1, 1945. He graduated in Education from Acadia University and was a life-long teacher. He spent many years working with students struggling with learning disabilities. He found the most satisfaction during the years he tutored students individually. Jim had a very positive influence on many of his students, including a member of the community who remained a friend following Jim's retirement. Jim was always ready for new challenges and experiences and had a special love for the mountains. Over the years, Jim embraced skiing, hiking, kayaking, hang-gliding and ultralights. He will be most remembered for being a loyal friend and loving husband, father and grandfather. His wildly inappropriate sense of humour and love of adventure will be missed.

Besides his loving wife Ruth, Jim is survived by his son James Simpson (called Ben by Jim and only Jim) of Calgary, daughter and son-in-law, Eva and Michael Armeneau, of Calgary and two grandchildren, Emmett and Adele Armeneau. He is also survived by his mother Joan Simpson of Montreal, and sisters and brothers-in-law, Pamela and Paul Normandin of Montreal and Sandra and Tony Ballard of St. Lazare. He is also survived by many nieces and nephews in Montreal and Toronto. Jim was predeceased by his father, James W. Simpson, and his sister, Janet Simpson.

The family would like to thank the staff at the Tom Baker Center, Dr. Cheng and her colleagues, and the MAID team who enabled Jim to remain in control of his life until the end. Condolences, memories and photos may be shared and viewed on Jim’s obituary at www.McInnisandHolloway.com.

Services for James SIMPSON
There are no events scheduled. You can still show your support by sending flowers directly to the family, or planting a memorial tree in memory of James SIMPSON.
Visit the Tribute Store