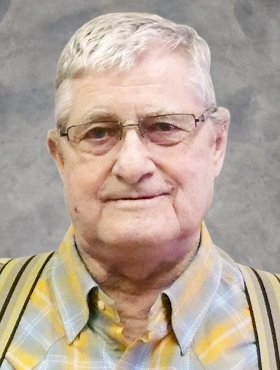 It is with great sadness, after a long battle with his health, we announce the passing of Kenneth Cecil Wilson, beloved husband of Eleanor Gertrude Wilson (nee Stewart) of Calgary, Alberta, on Friday, October 30, 2020 at the age of 80 years.

Ken was born at the Holy Cross Hospital in Calgary and raised in Gleichen, AB where he met and married the neighboring teacher, Eleanor. Together they raised their two children in Calgary, while Ken worked for Calgary Power (TransAlta), before moving to Alberta Gas Trunkline (Nova/TC Energy). When his health started failing and he was forced to retire, his hobbies included reading, building models and woodworking. He also loved caring for his many four-legged furry friends over the years.

Besides his loving wife of fifty-nine years, Eleanor, Ken is survived by his son David (Jason), and daughter Wanda. He is also survived by his three grandchildren, Skyler (Shelbi), Lauren and Michael; and two great-grandchildren, Asa and Ares; his brother Doug (Sophie), brother-in-law Harley (Glenda) and six nieces and nephews, Terry (Wally), Cathy (David), Gary, Tracy, Karen and Scott (Shannon). He was predeceased by his parents, Al and Betty, his sister Allene (Ron) Cross, parents-in-law, Harold and Gertrude, and son-in-law Ken.

Following Ken’s wishes there will be no service. Condolences, memories and photos may be shared and viewed on Ken’s obituary at www.McInnisandHolloway.com. If you wish, a charitable donation may be made to the Arthritis Society, www.arthritis.ca, Heart and Stroke Foundation, www.heartandstroke.ca or the charity of your choice, in his memory.