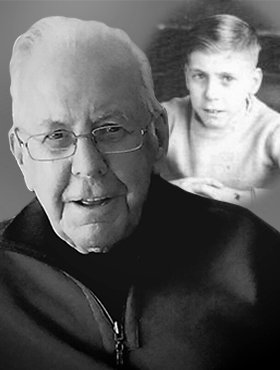 Roland Walker of Calgary, AB, passed away peacefully with his family at his side on Thursday, October 29, 2020 at the age of 87 years.

Roland is survived by his son Gordon Walker, his daughter Patricia Walker and her partner Brenda O’Donovan. He is also survived by his brother Marcel Walker (the late Lorraine); as well as numerous nieces, nephews, and cousins.

Roland was born into this world in Windsor, ON, on January 4, 1933 to a large loving family of ten. His childhood and teen years were spent in Windsor until he felt the call of duty to serve his country. In 1951, at the age of 18, he joined the Royal Canadian Armed Forces as an Air Weapons Technician. While travelling with the military, Ron was able to explore other parts of the world and much of Canada where he met a spunky service woman who captured his heart. Ron and Madeleine were soon married in 1956 at CFB Comox, BC where, in 1961, they had their first of two children, Patricia. Not long after, in 1963, their son Gordon was born at CFB Cold Lake, AB. They met lifelong friends Dick and Fran Lasouski and Brian and Salonge Page while stationed at CFB Cold Lake and over the years the families spent many fun filled summers enjoying roaring campfires, tasty beverages and Dick’s famous fish frys.  Throughout his military career, Ron and the family experienced many new adventures living in BC, AB, PEI, NS, ON and Germany. Leading this nomadic life, Ron wasn’t able to see his parents and siblings as much as he would have liked so visiting his Mom and Dad and the rest his Windsor family on summer vacations was one of the things he treasured most. Ron was a natural for military life achieving the rank of Master Warrant Officer and after a very successful thirty year career, retired in 1981. He jumped into civilian life in Ottawa and worked for the Public Service as a Material Identifier for ten years. Ron and Madeleine eventually moved to Calgary in early 90’s to be closer to Pat and Gord and there, retirement truly kicked in. You would find Ron and Madeleine travelling, golfing, bowling, playing cards, and enjoying the company of best friends Ollie and Neva, Sandy and Daisy, and Brian and Salonge.

Dad will always be remembered for his military career and love of his family but he will be remembered most for the person he was. The best words to describe Dad were repeated to us many times by the people who knew him. Sweet, kind, polite, a gentle soul - a true gentleman. He had an inner strength that kept our family going through tough times and our more fun adventurous ones. He loved and cared for Mom with all his heart and played her accomplice in many of her antics. And there were many! Dad stood by us as we navigated life never judging our choices and was always there to share a laugh or wipe a tear.

Dad was our hero! He touched many hearts by just being him. His quick smile and goodness of heart will be fondly remembered and dearly missed. Dad and Mom we will remember!

Family and Friends please celebrate with us and honor Ron’s life by tipping a cold one. “To you Dad”.

Due to Covid restrictions, there will only be a small gathering of immediate family in the mountains where Roland and Madeleine will be reunited once again.

Condolences, memories and photos may be shared and viewed on Roland’s obituary at www.McInnisandHolloway.com. If friends so desire, memorial tributes may be made directly to the Kidney Foundation of Canada, 6007 – 1A Street S.W., Calgary, AB T2H 0G5 Telephone: (403) 255-6108, www.kidney.ca., or to the charity of the donor’s choice and would be greatly appreciated by the family.

Share Your Memory of
Roland
Upload Your Memory View All Memories
Be the first to upload a memory!
Share A Memory
Send Flowers