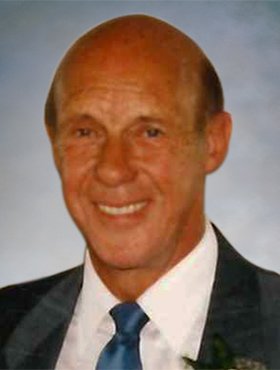 Bill lived a full and active life, he was an avid golfer, a fisherman and he loved vacationing in Maui.  He was a proud veteran of World War II, having enlisted in the army at the age of seventeen. He was also a faithful blood donor with the Red Cross.

He is survived by his loving wife of thirty-two years Marion Ciepliski, his son Glen and wife Anne, daughter Loraine and husband Ray Rafuse, son Darryl and his wife Deon, sister Carolyn and husband Tom Baird, his sister-in-law Sheila Cusick, as well as his grandchildren, Lucas (Emory), Christina (Terrance) and Mandi; and great-grandchildren, Sophie, Jaxon, Marissa, Dylan, Emily and Nixon.  He is also survived by his brothers-in-law, Walter Ciepliski, Donald (Marty) Ciepliski, Basil (Sally) Ciepliski and their families.  He was predeceased by his first wife Shirley, his father Henry, his mother Anne, sister Evelyn and brother George (in infancy), as well as his great grand-daughter Angelina.

A Private Funeral Service will be held at McINNIS & HOLLOWAY (Fish Creek, 14441 Bannister Road SE, Calgary, AB). Condolences, memories and photos may be shared and viewed on Bill’s obituary at www.McInnisandHolloway.com.

Share Your Memory of
William (Bill)
Upload Your Memory View All Memories
Be the first to upload a memory!
Share A Memory
Send Flowers