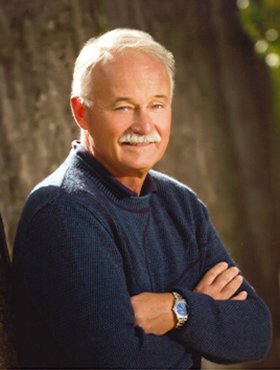 Marianne. So very sorry to hear that George has passed. He was one of the real good guys. Always full of optimism, even when the Oil Business wheat to hell. Hope you and the boys are doing well.

I can not attend the celebration of life tomorrow. I’m one of those high risk old guys that must watch Covid crap.

All my best to you and the boys. We will all miss George

I was first introduced to George in the mid-70's, on a social level sharing good times on fastball fields and commonly enjoying a beer or two afterwards to add humor to our most recent win or loss. The outcome really wasn't the main purpose of our highly sociable team. George had a way of making quiet but quality remarks that always added to the variety of characters in our Petroleum 'A' League ball team. We shared and provided many good times together.

I lost touch with George for about 25 years but as good fortune had it, we crossed paths again where we were both consulted for a small company. It was definitely a delightful reintroduction, recalling some of our earlier years as 'athletes'.

Years later, I had the very pleasant opportunity to golf in Mesa as a guest of you and George, with a couple other great guys from Calgary. I have to thank you again Marianne for making the 4 days in Mesa just before COVID, enjoyable and memorable. During that time I came to realize just how well you complimented each other as we all debated the evolving situation of COVID and immanent CDN border closure in late March, 2020.

I apologize that I will not able to attend the Memorial Service on Sept 14th. No doubt it will be well attended as George was a gentleman that left an impression on many people in Calgary. I wish you and your family, Marianne, comfort of many good memories with an unforgettable man.

I am Murray Bell, George's cousin residing in Toronto. I was very shocked and saddened to learn of his death.

George and I saw a lot of each other while growing up in Toronto. We were polar opposites, but that did not prevent us from getting along well and learning from each other.

I wish to convey my deepest condolences.

I was so saddened to hear the news about George. He was a good friend during my first years in Calgary. He was a mentor to a lot of us ‘greenhorn’ geologists that were hired in the late ‘70s by Canada Cities Service. My condolences to you, your family and his brother, Ian.

Dear Marianne, I was so sorry to hear about George's passing and I that I never had a chance to know you both better as adults. He was a great cousin, a kind and fun addition to my childhood memories along with Ian and their dear parents. You and your children are in my prayers and I am sorry for this difficult time. Elizabeth Kinnear

Marianne, my friend, and your family. Will remember George’s soft smile, kind demeanor, a real fighter! Fortunate to have known him. Fighter and a trooper. John and Linda Colberg

Dear Marriane and family, I was extremely saddened to hear of George's passing. My deepest condolescence to the family. I can't imagine the sorrow and pain you have now. George was such an amazing man!

I was blessed to have met George when I was a hired as a summer student for Cities-Services in Calgary in 1978. As a young geologist, I really looked up to George. He was a smart, hard working, had a great sense of humor and was always very approachable. I would go into his office and ask him questions about things I was working on and then talk about sports. He always had time for young geologist asking young geologist questions. I also played on the Cities Services baseball team with George. He was an awesome team mate but an even better co-worker/mentor.

I lost touch with George while I was overseas for 20 years from the mid 80's to early 2000's. However, I did meet George a few times since I returned to Canada to set up shop in Toronto in 2008.

There was one time in particular that I will remember for a long time. It was on a trip to Calgary from Toronto around 6 years ago. A bunch of the old baseball team, including George, met up at a bar up on Crowchild Trail. This was a really really great night and it was the last time I would see George. He was exactly how I remembered him as a junior geologist. He was so much fun to be with. We shared a lot of stories and laughs about the baseball team and working at Cities. It was so great to see him again and that he hadn't changed at all!

I was not aware of his cancer battles. I am really thankful for having met George, for being a teammate of his, working with him, and having him to show a young geologist what it was to be a professional. RIP George. You will never be forgotten.

Peace and Love to you and your family.

Very sad to hear of George's passing. My heartfelt sympathy to Marianne and family.

I remember a wonderful day fishing in BC on George's boat a few years back, and George kindly showing me how to use the downrigger equipment. Kind, trusting encouragement from a wonderful person.

So very sorry to hear of your loss Marrianne. Our thoughts and prayers are with you and your family at this time.