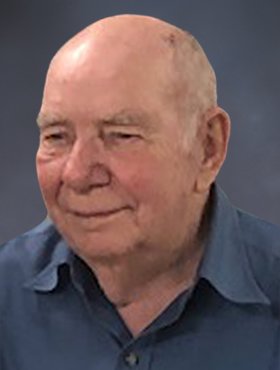 Joel was born in Philadelphia, PA on February 14, 1934 to Manning and Margery (nee Cleveland) Mitton. He was raised by his maternal grandparents Judson and Ella Cleveland of Alma, NB. He joined the RCAF at seventeen and took training as an aero engine mechanic and subsequently remustered to air crew and received training as a pilot. He also worked in the oil fields in Alberta and apprenticed in the auto body trade. He had two auto body shops in Calgary, AB and in his later years, he worked in real estate in both AB and BC. He had his own real estate agency. Joel was a member of the Morning Star Lutheran Church in Carstairs, AB and it was there that he got to know the Lord. He liked to sing gospel as well as country and western songs.

Condolences, memories and photos may be shared and viewed on Joel’s obituary at www.McInnisandHolloway.com.

Share Your Memory of
Joel
Upload Your Memory View All Memories
Be the first to upload a memory!
Share A Memory
Send Flowers