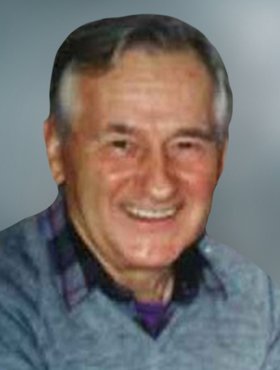 Jozsef (Joe) Lang of Rábatotfalu, Vas, Hungary, passed away after a brief and brave battle with COVID. He died on Sunday, November 29, 2020, at the age of 88 years.

Joe was born on June 16, 1932, the fourth of eight children. He always said his early childhood was a happy one surrounded by the love of his mother, Maria, and his father, Ferenc. He lost his mother at the age of 11, and by 12 years old, he left home to help provide for his four youngest siblings. The ability to focus on his family’s needs and be a kind, the generous provider would define him for the remainder of his life.

Joe always said that there were two turning points in his life. The first was his decision to come to Canada, escaping Hungary after the failed revolution of 1956. The second was returning to Hungary, and his home village of Rábatotfalu, where he met his beloved wife Anna in 1966.

Joe and Anna built a simple but full life together in Calgary over the fifty-four years they were married. They created a loving home for their children and showed them the importance of having a strong work ethic, valuing and taking good care of everything they had and each other, and showing generosity to their community and friends.

Joe defined himself by what he could do for others. He was a perfectionist when it came to his chosen trade as a journeyman painter. He was never without work and found himself painting houses for family and friends even after he retired. Along with his wife Anna, Joe also volunteered at the Hungarian Canadian Cultural Association, helping out in the kitchen and creating mouth-watering Hungarian favourites at the many dances held for the community.

To know Joe was to love Joe. He always led with kindness and generosity. Like so many of his generation, he took care of his family, volunteered in his community and always thought of others before himself. Not because he expected or wanted praise or thanks but only because it was the right thing to do.

Though he only had a grade six education, he loved history and was an insatiable reader (in his second language!) once taking a Christmas holiday season to start and finish Leo Tolstoy’s War and Peace. Though he wasn’t afforded the opportunities to pursue higher education, he valued knowledge and ensured that both his children, Robert and Katalin, could gain university degrees.

While Joe gave so generously of his kindness and love to his friends and children, it could not hold a candle to the joy and love he lavished on his grandchildren. Whenever Joe was able to be with David, Holly and Matteo, he was completely present and enthralled with whatever game, toy or activity they were interested in. Joe possessed a childlike wonder and was able to see the magic in their world. As his grandkids became older, he still maintained a strong bond with them, and he was so incredibly proud of the young adults they have become. They were his heart, and he was theirs.

Joe’s heart belonged to his family, with one part solely and forever reserved for his wife, Anna. He adored her, and they were devoted to each other and inseparable. From the moment they met in 1966 until the last time they were able to be together, Joe and Anna were centred and grounded in the love they felt for each other. Through the many challenges they faced, including losing their infant son, Imre, and Joe’s diagnosis of dementia, their love sustained them and only grew stronger.

Though his loss weighs heavy, Joe’s legacy of love, kindness and generosity will be carried forward by his family.

Due to the ongoing pandemic, a private service will be held for Joe and his family. Funeral Services will be held at St. Elizabeth of Hungary Church in Calgary.

If friends so desire, memorial tributes may be made directly to The Alzheimer Society of Alberta and the Northwest Territories, Administrative Office, 10531 Kingsway Avenue, Edmonton AB T5H 4K1.  Tel: (1-866) 950-5465, www.alzheimer.ab.ca

Share Your Memory of
Jozsef (Joe)
Upload Your Memory View All Memories
Be the first to upload a memory!
Share A Memory
Send Flowers