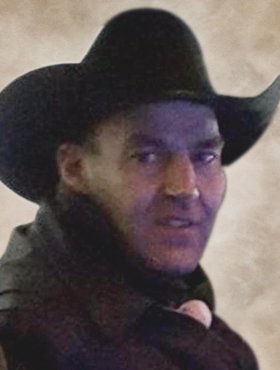 Jason Bregenser, beloved husband of Brenda Bregenser (nee   Heibein) of Calgary, AB, passed away on Friday, January 1, 2021 at the age of 46 years.

Jason lived his entire life in Calgary. Growing up in the peaceful neighborhood of Forest Lawn, he began working for his parents in the family business from the age of 8 and remained with the family business until 2019.   He carried a shy and quiet personality that was very sweet.  A deep thinker most of the time, but could be a scatterbrain at times too.  With his wife and children by his side, Jason had a passion for the great outdoors. He loved to camp, hunt; sling mud with his ATV’s and was a very patient fisherman.

Camping wouldn’t be camping though if he didn’t have his feed of either chicken wings or ribs to barbeque, but most often – he was sure to have both.

His life was certainly full.  When he wasn’t working or enjoying the outdoors, it meant it was family time.  There was no doubt in the unconditional love he had for his family. He was very protective and supportive of them in whatever the circumstance that presented itself.

There was no more important time than cuddle time. It did not matter what was happening around him, at cuddle time, Jason would jump right in.  Sometimes during cuddle time, they would watch Sponge Bob or Funniest Home Videos.

Those who knew him will miss him deeply.  Those who didn’t, well you missed out on meeting one of the most generous, giving people you could meet.

Thank you Jason, for your love and kindness, inspiration and most of all for the beautiful memories.  May you rest in peace.

Jason was predeceased by his mother, Sheila Painter, grandparents, Matt and Johanna (Bregenser), and Norman Painter

Condolences, memories and photos may be shared and viewed on Jason’s obituary at www.McInnisandHolloway.com.  If friends so desire, memorial tributes may be made directly to a charity that is near and dear to your heart.