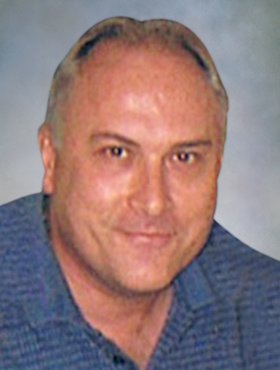 It is with profound sadness, the family announces the passing of our brother, Glenn Girard, after a lengthy illness, on Saturday, December 19, in Surrey, B.C. He was 65.

Glenn graduated from SAIT, in Calgary, and began his career as an Aircraft Maintenance Engineer. His first placement was in Inuvik, working on Sikorsky Helicopters, then on a variety of aircraft with Canadian Airlines in Calgary and eventually joining the Air Canada team, as those companies merged. This brought him to work in Vancouver - a city he loved. Glenn retired from Air Canada in 2019.

Glenn loved to drive! Despite having airline employee flight privileges, he would frequently make the trip from Vancouver to Calgary by car (much to the bemusement of his family) and once drove coast to coast across Canada and back, solo, in ten days.

Glenn was an ardent crossword puzzler with an astounding vocabulary. He enjoyed gardening and had an appreciation for nature and the outdoors and a special fondness for Alberta's high country. He was an avid golfer, playing almost daily during British Columbia's lengthy golf seasons. He was socially caring, active in his Union and local politics, and a staunch supporter of the NDP. Glenn cared about the environment, recycled everything and was a long-time contributor to the David Suzuki Foundation. He was a private and determined man who maintained his independence to his very last days in defiance of a lengthy and severely debilitating illness.

For many years Glenn took on the role of stepfather to Rebecca and Kyle, encouraging them and taking pride in their achievements. He adored his little dog Buddy and often told amusing anecdotes of his many tricks and antics.

He is survived by his siblings, Mike (Evelyn) of Edmonton, Brian (Wendy) of Okotoks, and Joanne (Robert) of Cochrane. He is also survived by his nieces and nephews, Rod (Laura), Ryan (Nicole), Michelle, Gregory, Evan (Su Ying), Claire (Josh), Phil (Melissa), and Montanna; and great-nephews Kirk, Jack and Tanner; and great-niece Lively.  Glenn was predeceased by his loving parents, Joseph and Betty of Calgary, AB.

A celebration of Glenn’s life will be held in 2021 after the risk of COVID-19 has diminished. Condolences, memories and photos may be shared and viewed on Glenn’s obituary at www.McInnisandHolloway.com.

If friends so desire, memorial tributes to support research on early-onset Dementia may be made to The Alzheimer Society of Canada, 16th Floor - 20 Eglinton Avenue, West, Toronto, Ontario, M4R 1K8.

The family would like to express our thanks and appreciation to the Surrey Memorial Hospital staff for bringing comfort to him in his final days, in particular, Dr. O’Neill, Dr. Eksteen, and Social Worker, Tara Hunt.