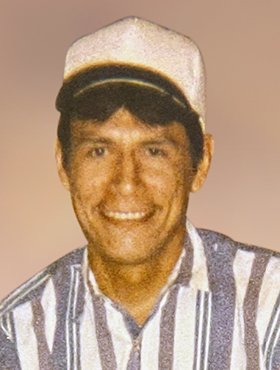 With great sadness in our hearts, the Wolf Ear, Medicine Shield and Black families are announcing the passing of Calona Black on Thursday, December 31, 2020. Calona was one of the sons of Nelson Black and Miranda Black nee Wolf Ear.

Calona was the beloved father of Trevor, Charmayne, Colman, and Johanna; as well as a proud grandfather of Lyman, Hevenly, Connor and Arabella. Calona was a kind man with a smile that could light up an entire room. In his younger years, Calona was a Barn hand for his father-in-law he was known for his work ethic and helping hand on the ranch. The children of Calona recall fond memories of their Dad and have shared their love for him through stories and time spent with them.

In recent years, Calona lived in a Long-Term Care facility and was visited by his children and was always happy to see them; speaking of his love for them and his family. Calona was known in the home to love his Coca-Cola, and Ham & cheese sandwiches. He often spoke Blackfoot to the staff, explaining to them what it meant, and teaching the staff new words. He often repeated sayings/phrases that overtime staff developed an understanding of and simply answer the questions he was asking.

Wake Service will be held at the Residence of Johanna Black (Siksika, AB) on Friday, January 29, 2021.

Funeral Service will be held at the Gordon Yellow Fly Memorial Arbour on Saturday, January 30 at 12:00 p.m. . Condolences, memories and photos may be shared and viewed on Calona’s obituary at www.McInnisandHolloway.com.

Share Your Memory of
Calona
Upload Your Memory View All Memories
Be the first to upload a memory!
Share A Memory
Send Flowers