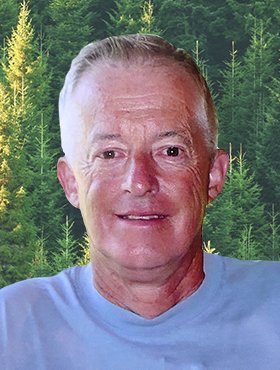 It is with deep sorrow that we announce the passing of Robert Vesey Boswell of Calgary, AB, on Thursday, January 7, 2021 at the age of age 84 years.

Bob was born in Quebec City in 1936, to Col. James V. and Mrs. Beatrice (Hatch) Boswell. Bob grew up with a love of the great outdoors and a keen and curious mind. He delighted in sharing his experiences and vast knowledge with everyone around him.

Bob spent twenty-five years Estate Planning with Royal Trust in Quebec City and Ottawa (while also leading the 1st Manotick Boy Scout troupe; sitting on the board of the Manotick Kiwanas Club and filling the position of Treasurer at the Church). In 1980, he retired and moved his family to the rugged north shores of Hay Bay near Napanee, ON. He devoted his life with great accomplishment to a variety of interconnected endeavours - building his family’s passive-solar home almost entirely on his own; project managing and building or renovating homes, barns and the local country church; becoming a talented craftsman and cabinet maker - his beautiful tables, chests, beds and cabinets gracing the homes of many family and friends.

Bob began each day with a 10km run accompanied by his beloved dogs. He also enjoyed organic farming; becoming an excellent chef; heading to the Arctic each summer for wilderness adventure canoe trips (often accompanied by Bill or Heather), and later for extended dog mushing adventures through the polar winter twilight of the Yukon.

Bob was known for always being prepared for the unexpected on these Northern trips – he travelled with extensive repair kits and delighted in crafting brilliant repairs to broken canoes, tent poles, camp stoves and pack straps. His river rescue and wilderness first aid training were invaluable on so many occasions.

After leaving Ontario for Calgary in 1997, he and Judy back country skied in the Rockies of Alberta and BC each winter, and spent their summers at the family cottage on Lac St. Joseph in Quebec.  Bob had a deep but unassuming spiritual life. He was never one to force his ideas on others but was always ready with a kind and thoughtful response. He served as Church treasurer over decades in different provinces and led church services for Scout Troops on Sunday mornings before that became politically incorrect. He had a firm belief in Jesus as his Saviour and was eager to meet Him as his life drew to a close. He gave endlessly of his time and talents to others. Always a gentleman, Bob’s steady and gentle nature and his eagerness to help will be greatly missed by us all.

He and Judy enjoyed a wonderful and energetic summer at the Lake this year, and ten beautiful days in Algonquin Park in September (an annual destination for fifty years). Although his decline through November and December happened more quickly than anyone expected, he was able to spend most of those months at home, with the constant and loving support of family. His last few days in hospice were soothing and peaceful. He was surrounded with his family and certainly so many rich memories of a truly amazing life well lived.

Condolences, memories and photos may be shared and viewed on Bob’s obituary at www.McInnisandHolloway.com.  If friends and family so desire, donations in Bob’s memory can be made to The Calgary Humane Society, 4455 – 110th Avenue S.E., Calgary, AB  T2C 2T7, Telephone: (403)205-4455, www.calgaryhumane.ca.  Bob adored dogs and they him. If you happened to look out your front window any morning at 6am, you would have seen Bob on his morning run, accompanied by his own dogs and a half dozen neighbourhood dogs who joined him faithfully every day.

If friends and family so desire, donations in Bob’s memory can be made to The Calgary Humane Society, 4455 – 110th Avenue S.E., Calgary, AB T2C 2T7, Telephone: (403)205-4455, www.calgaryhumane.ca. Bob adored dogs and they him. If you happened to look out your front window any morning at 6am, you would have seen Bob on his morning run, accompanied by his own dogs and a half dozen neighbourhood dogs who joined him faithfully every day.