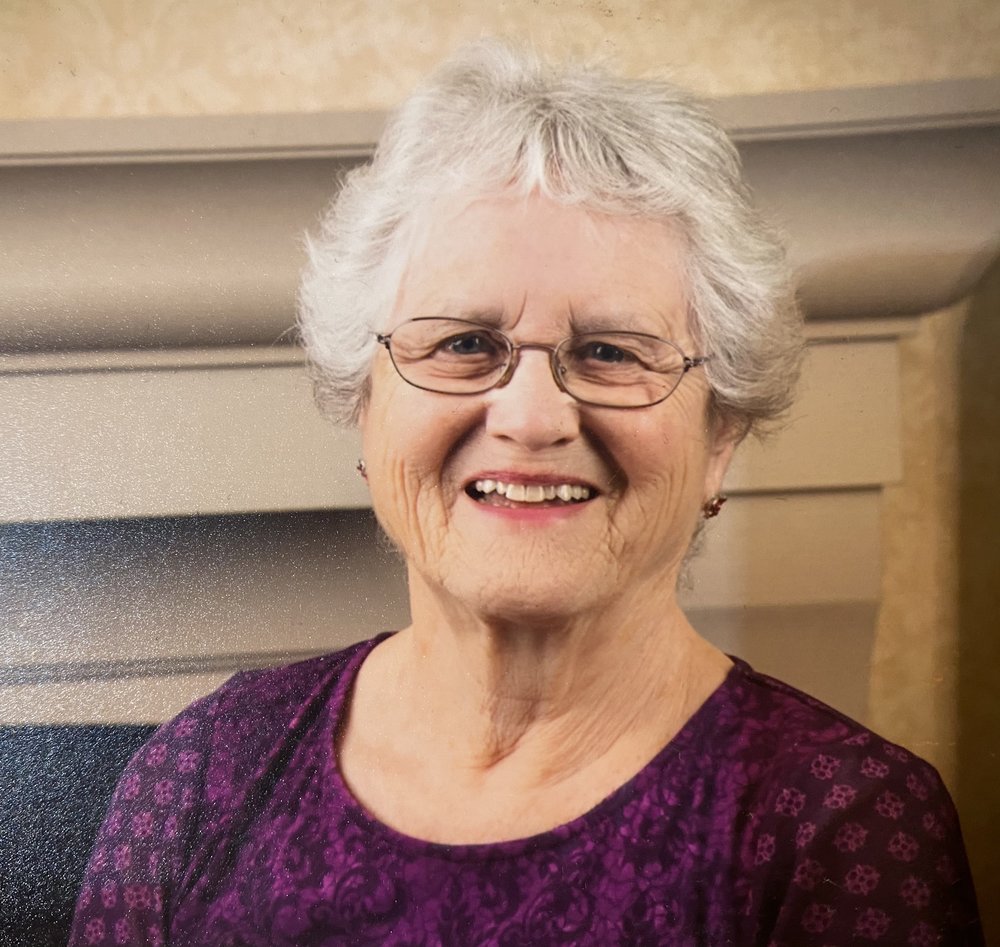 Theresa Marie MacDonald, of Calgary, Alberta, passed away on Wednesday, January 13, 2021 at the age of 87 years.

Theresa MacDonald was born in Arisaig, Nova Scotia, to Mary and Dan MacDonald on October 25, 1933. She went to school in Arisaig then went on to earn a certificate in Secretarial Studies from Mount St. Bernard in Antigonish. She worked in Boston for a time and then came back and worked in Halifax.  In the early 60s she decided to go out West to visit her sister Frances in Calgary, and chose to live there.  She met Martin Zacher, got married and had two children, Brian and Nadine.  She then worked as an office manager for Val Temp Sales for nearly twenty years.  In her free time she enjoyed baking, sewing, swimming, curling, bowling, walking, cards, and in her retirement, lots of travel.

Theresa is survived by her son, Brian Zacher (Yuko) of Calgary, AB, and daughter Nadine (Oliver) Pearson-Lund of London, England, and grandchildren, Zara and James Pearson-Lund. She is also survived by her sisters, Frances Gallant of Calgary, AB, Louise Hubley of Nova Scotia and Donna Balfour of Penticton, BC.; and her brothers, Gerald and John MacDonald, of Nova Scotia.  She was preceded in death by her parents.

Theresa was renowned for her kind, sweet nature, cute giggle, easy smile and delicious baking.  She will be sorely missed by all who knew her.

A Celebration of Life will be held at a later date. Condolences, memories and photos may be shared and viewed on Theresa’s obituary at www.McInnisandHolloway.com.

Share Your Memory of
Theresa
Upload Your Memory View All Memories
Be the first to upload a memory!
Share A Memory
Send Flowers