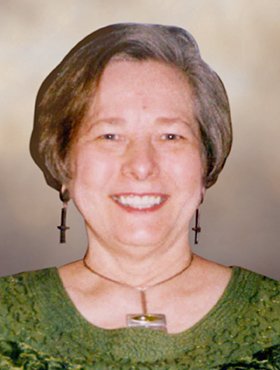 Surely goodness and mercy shall follow me all the days of my life, and I shall dwell in the house of the Lord forever.  Psalm 23:6

After a brief illness, our beloved sister Cathy passed away on January 16, 2021.

Cathy was born August 11, 1944, the second child and oldest daughter of David and Kay Redekop of Winnipeg, Manitoba.  She was raised in Winnipeg, where she attended Mennonite Brethren Collegiate Institute and the University of Manitoba (Home Economics).  She married Peter Allison on December 28, 1974, and together they explored a range of interests including travel and theatre.  One summer they travelled to Stratford, Ontario, to take in the entire season of Shakespearean plays.  In 1978 Cathy and Peter relocated to Calgary.  Their happiness together was cut short when Peter succumbed to cancer and passed away in 1987.  Cathy forged ahead with her life, maintaining a wide range of friendships and connections.  She developed relationships with a growing number of nephews and nieces, and then with their children as the extended family grew.  She never failed to send birthday cards to everyone, even the youngest children.  She worked hard to provide handcrafts for favourite charities, and to make gifts for family members, whom she dearly loved.  Cathy’s needlepoint pictures and crocheted afghans were works of art and highly prized possessions.

Cathy had a generous heart, a dry wit, and a keenly observant mind.  She loved a challenging Scrabble game.  In her later years Cathy dealt with health concerns that limited her mobility and her well-being, but she bore it all with a strength of character and an acceptance that was a reflection of her faith in God.  Her favourite Bible passage was Psalm 23.

Cathy will be sorely missed by siblings (David) Marilyn Redekop, Charlotte and Jim Holland, Marlene and Bob Wiens, and Edward and Marlies Redekop, and their families.  Also step-siblings, Betty Ann and Peter Reimer, Sharon (Gerry) Channer, Waldo and Pam Pauls, and (Bonnie) Bob Rempel, and their families; as well as Peter Allison’s niece, Joan Macdonald and her family.

A memorial is planned for later in the year, as restrictions ease. Condolences, memories and photos may be shared and viewed on Cathy’s obituary at www.McInnisandHolloway.com.

If friends so desire, memorial tributes in honor of Cathy’s life may be made directly to Hope and Healing International (Fistula Operation) (hopeandhealing.org), or Covenant House (covenanthousetoronto.ca or covenanthousebc.org), or Gideons International – Canada (gideons.ca).

The Redekop family would like to extend their heartfelt gratitude to the staff at Foothills Medical Centre for their excellent care of Cathy and the compassion extended toward the family.

Share Your Memory of
Katherine (Cathy)
Upload Your Memory View All Memories
Be the first to upload a memory!