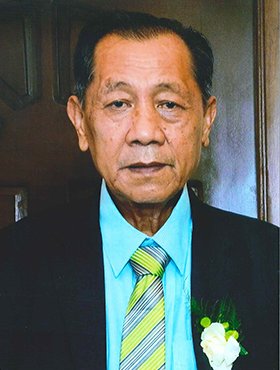 Pol Sanchez, beloved husband of Fe Sanchez (nee Flores), of Calgary AB, passed away on Friday, February 12, 2021 at the age of 73 years.

Pol graduated from the University of Pangasinan with a Bachelor of Science in Commerce - Accounting degree.

Pol accomplished much through his life and was particularly proud of traveling to different countries with his family. Pol travelled extensively, leaving his footprints in many countries.

Pol was known for his passion for reading, ability to recall names and places readily, love for Ilocano and country music. He was also known among his family and friends for his great sense of humour.

Pol is also survived by his three brothers; Tomas, Romeo,  and Ikko Sanchez of the United States and Philippines, and sister, Mary Alice Rodriquez of Calgary; as well as numerous nieces, nephews, cousins, and friends.

Pol was predeceased by his parents, Nieves and Antonio Sanchez of the United States.

We would like to thank his doctors, nurses and other health care team at Foothills Hospital and Hematology Clinic in Peter Lougheed Hospital.

Funeral Services will be Held at McINNIS & HOLLOWAY (12281 40 St SE, Calgary, AB) on Feb. 17, 2021 at start time 6 p.m. Condolences, memories and photos may be shared and viewed on Pol’s obituary at www.McInnisandHolloway.com.

Share Your Memory of
Apolinario "Pol"
Upload Your Memory View All Memories
Be the first to upload a memory!
Share A Memory
Send Flowers