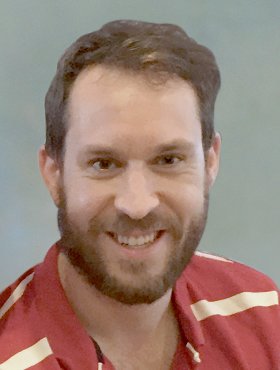 Carson was born in Edmonton, Alberta. He moved with his family to Calgary in 2005, attending William Aberhart High School, participating wholeheartedly in the band program. Carson graduated from University of Calgary with an honours degree in Economics in 2014, but he never stopped learning, his was a true research mind. He worked at Shaw Communications from 2014 to 2019 as a market analyst in the Supply Chain Management department.

Carson was a curious child, he never met a button he wouldn’t push or a door he wouldn’t open. He was willing to try new things, hockey, soccer, fencing, diving, basketball, photography, music and downhill skiing which he enjoyed immensely.  Many a time, one would awaken to find a text from Carson regarding some spectacular starry sky event that had happened in the wee hours of the night. He stayed curious and eager to discover.

Carson was a kind-hearted tender soul who patiently cared for and connected with his younger cousins and grandparents, never becoming bored or frustrated. Carson was a mentor and protector to his younger brother growing up and in adulthood; inseparably goofy and fun together in any activity or adventure.

He was fiercely independent and that trait was demonstrated on his first day of kindergarten.  He got on the school bus by himself with parents waving and watching, but he didn’t look back or wave.  He was very verbal and eloquent in speech arising from much participation in church plays and speaking contests, but was at his best one-on-one.

He enjoyed nature, had summer jobs planting trees, was a foodie – very excited at a cruise or resort to explore and report back with the highlights, especially of the food buffet, chilled soups, roasted iguana, yum! Carson was happiest and most comfortable with himself while skiing, fishing, camping and hiking in the mountains or beaching, stargazing and kayaking in Hawaii.

Carson accomplished much through his life and was particularly proud of his achievements helping others. He supported social justice issues, for example by volunteering with World Accord to travel to Honduras to assist in community development with building a school. Carson was a member of the Community of Christ church and was an enthusiastic camper and camp counselor, bringing light to others in need and understanding.

Carson was a smart and independent young man, insistent on learning and fixing things by himself with a passion for countless hobbies. He always had a new board game (Netrunner, Arkham, Rebellion), sci-fi or classic book, gadget, or piece of history to fully throw himself into and teach you about it, talking a mile a minute before moving onto the next one. His humour was wry yet mischievous and there are very few pictures of Carson and Connor together, with straight faces for the camera.

Carson is survived by his loving parents, Naomi and Ken Moor and his brother Connor (Mila Mezei)  of Calgary, Alberta. He is also survived by his loving grandparents, Joyce and George Cook of Sherwood Park, AB, and Grace and Bev Moor of Dresden, ON. Carson had loving aunts and uncles, Perry Cook of Vancouver, BC, Ramona Cook and Roch Listz Maurice of Montreal, QC, Tom Knight of Dresden, ON, Sue and Ric Piacek of Dresden, ON, Patsy and Rob Tonin of Cambridge, ON, Heather and Bryce Moor of Petrolia, ON. He was adored by his many cousins in British Columbia, Alberta, Ontario, Quebec, Idaho, and Washington, USA.

We would like to acknowledge Carson’s many friends who supported him along his road in life. He will be greatly missed and leaves a huge hole his family’s heart and all the people he touched throughout his life with his energy, love, and silliness.

If you would like to honour Carson’s memory with a donation, World Accord will be building a school in Honduras in his name, the Carson Moor Memorial School, https://www.canadahelps.org/en/charities/world-accord/, World Accord 1C-185 Frobisher drive, Waterloo, Ontario N2V 2E6,  1-800-525-3545 (pleases indicate Carson if mail or phone donation).

A Celebration of Life will be held at McINNIS & HOLLOWAY (Crowfoot, 82 Crowfoot Circle NW, Calgary, AB), on Friday, August 20, 2021 at 2:00 p.m. Reception to follow in the Hospitality Centre at the Funeral Home. Condolences, memories and photos may be shared and viewed on Carson’s obituary at www.McInnisandHolloway.com. Please wear something bright and colourful in honor of Carson.

Reception to follow in the Hospitality Centre at the Funeral Home

Share Your Memory of
Carson
Upload Your Memory View All Memories
Be the first to upload a memory!
Share A Memory
Send Flowers