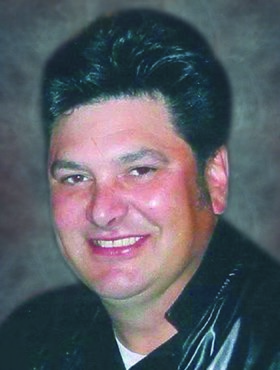 We are deeply saddened to announce the passing of Gerry Sobie at the age of 56 years.

Gerry was born in Winnipeg in the early morning of October 25, 1964 and attended schools in six cities and three provinces by the time he was sixteen. A life-long entrepreneur, Gerry decided to strike out on his own in Vancouver by launching several businesses centered on collectibles and sports memorabilia.

In 2005, he and Nicole relocated to Calgary and he spent over twelve years with the Calgary Stampede before going back to collectible gathering and marketing with emphasis on vintage guitars and much older “stuff”. Gerry was a big fan of golf, baseball, football and auto racing, and he and his father spent many days at racetracks in both Canada and the U.S. He was also well-known in the local music scene having played with a number of bands and groups as well in many “jam, sessions” with his favourite friends.

Gerry lived a short but good life and pretty well did what he wanted, making good friends from Ontario to B.C. and places in between. He was most proud of his candy-apple red Harley, his loyal dog “Jake” and his wonderful daughter Nicole who was with him during some challenging times and was at his side when he took his last breath.

Gerry is survived by his parents Joanne and Martin of Calgary, AB; brother Christopher Sobie of Langley, BC, daughter and son-in-law Nicole and Kelly Devlin; and treasured grandson Brady of Calgary.

Due to Covid restrictions, a Celebration of Gerry’s Life will be planned at a later date. Condolences, memories, and photos may be shared and viewed on Gerry’s obituary at www.McInnisandHolloway.com. The family would like to extend its gratitude to the compassionate people at South Calgary Health Centre.