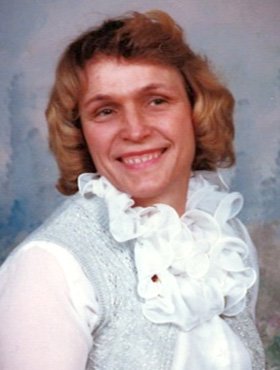 Lenore Esther Peterson of Calgary, Alberta, passed away on Saturday, March 13, 2021 at the age of 83 years.

Lenore married Michael Artym in 1954, and shortly after in 1957 moved to a farm homestead north of Athabasca where they cleared two sections of land south of Calling Lake, Alberta. While working the farm they started a reforestation company which over the years grew into contracting in the energy sector. They farmed until 1972 before focusing on the growing company and moving to an acreage just outside of Athabasca.

Lenore accomplished much throughout her life, including being a housewife and mother, raising a family on the farm and assisting in running a heavy equipment contracting company. She became a helicopter pilot at age 40 to help transport goods for the business; and, later on in life, became a real estate professional in Calgary in 1986, where she quickly rose to become a top realtor.

Lenore loved the great outdoors, working hard and helping people with various projects within the community. She also enjoyed meeting people and attending community events – she loved to dance and enjoyed a variety of music.  She was always there when help was needed. One of her favorite pastimes was playing Yahtzee with family and friends, and quiet moments were spent doing jigsaw and crossword puzzles.

Lenore was a woman of great strength and spirit, she lived her life with gusto, always making the most of every day. She loved being a host and especially enjoyed her family, hard work and travel. One of Lenore’s memorable vacations was when she left the farm with Mike and went on a Panama Canal cruise starting in Los Angeles, with a variety of stops including Caracas, Venezuela, and ending in Ft. Lauderdale, Florida. She also frequently traveled to Chilliwack BC, to visit her family on a regular basis.

Lenore was predeceased by her young son, Wesley Artym, her brother Ray Lewis, and her sister Connie Peterson.

Lenore is deeply missed for being a pillar of strength and love in our family and her memory will live on through her grandchildren and great-grandchildren.

A Memorial Service will be held at McINNIS & HOLLOWAY (Crowfoot, 82 Crowfoot Circle NW, Calgary, AB), on Tuesday, August 24, 2021 at 2:00 p.m. Reception to follow in the Hospitality Centre at the Funeral Home

A second Memorial Service will be held at  St. John’s Anglican Church (46098 Higginson Road, Sardis/Chilliwack, BC) on Tuesday, September 7, 2021 at 1:30 p.m. Reception to follow in the Church Hall. Condolences, memories and photos may be shared and viewed on Lenore’s obituary at www.McInnisandHolloway.com.

Share Your Memory of
Lenore
Upload Your Memory View All Memories
Be the first to upload a memory!
Share A Memory
Send Flowers