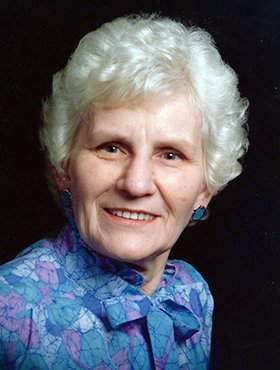 It is with great sadness that we announce the passing of our mother Edith Tillsley on Tuesday, July 20, 2021 at the age of 92 years.

Mom was born in Regina, SK on March 6, 1929 and was adopted by Bruce and Estelle Paul of Govan, SK. After graduating grade XII Edith attended Wadsworth Beauty School in Regina.

She married Capt. Charles David Tillsley and settled into the military life with a posting in Fort Churchill, MB. Life took a tragic turn in Sept. 1959 when our father and three fellow soldiers were reported missing on a weekend fishing trip. To this day our father is still missing. Widowed at such an early age Edith moved herself and her three children Terry Dale (9), Lauren Jana (5) and Kara Lynn (3) to Brandon, MB.

Edith was employed with Manitoba Telephones as a switchboard operator for many years before moving the family out west to Calgary. There she worked for Fluor Canada as well the Gov. of Alberta Public Affairs Bureau as a R.I.T.E operator from 1983 until her retirement in 1993.

Mom was very active in her retirement. She was a very proud member of the Royal Canadian Legion and the Ladies Auxiliary (Centennial Branch - #285 and Kensington #264). She volunteered there for many years selling 50/50s and weekly meat draw tickets. She curled for quite a few years of her life both in Brandon and Calgary. She was a member of the Canadian Forces Base (The Garrison) and the Arc curling clubs. She served as President of the ladies curling club from 1974 –1978 and participated in many, many bonspiels throughout her curling life. When she wasn’t curling Mom was golfing. She was a longtime member of the Shawnee Golf Club in Calgary. Mom loved to dance!! More than once we heard "Come on you cats, swing". Mom was also a legend when it came to her cinnamon buns, she kept her family and friends well supplied with these delicious edibles.

After selling her home in Canyon Meadows, Mom took up residence in the Bentley condo complex by Fish Creek Park. She then moved to Lake Bonavista Village in 2013 until her passing at the South Health Campus.

A Celebration of Edith’s Life will be held on a later date. Condolences, memories and photos may be shared and viewed here.

Share Your Memory of
Edith
Upload Your Memory View All Memories
Be the first to upload a memory!
Share A Memory
Send Flowers